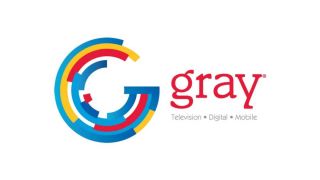 ATLANTA—Gray Television stations around the country raised more than $12.5 million in March and April to help their local communities as they grapple with the ongoing COVID-19 pandemic, the broadcaster announced.

Telethons, on-air and online fundraisers, concerts and other events—some ongoing for weeks—highlight the station group’s efforts. Hard-strapped local food banks and other local charities dealing with funding curtailment from normal sources during the outbreak have benefited from the stations’ efforts, Gray said.

“Local broadcast stations are important local institutions employing talented residents who put community service first, through news, information and support for local organizations and businesses,” said Gray Executive Chairman and CEO Hilton H. Howell. “We are therefore especially proud that our own stations and staff were able to distinguish themselves so well during the last several weeks by their truly exemplary donations of their time, resources and creativity to support their local communities through this challenging period.”

In Madison, Wisc., WMTV launched a campaign in mid-March to raise donations for Second Harvest Foodbank in Southern Wisconsin. Proceeds were used to create care boxes for residents hit by the pandemic. As of the end of April, the campaign directly raised $1.5 million and helped the food bank attract $1 million in outside gifts and grants, according to the broadcast group.

On April 18, more than 50 Gray stations aired “Singing for Their Supper,” an hour-long telethon to assist food banks in the markets of participating stations. Country music stars and singer-songwriters turned in virtual performances. Donations from viewers and performers raised more than $1 million, Gray said.

Some Gray stations worked with local advertisers and other local broadcasters to meet the needs of their local communities.

The station group also has helped local businesses facing the hardship brought on by stay-at-home orders and self-quarantines. In April the group’s stations launched interactive online directories of local businesses to help people find out which were remaining open and their new hours.

Users of the directories have the ability to place orders online for pickup and delivery, secure coupons and apply for jobs. By the end of April, more than 14,500 local businesses had signed up for the directories at no charge across Gray’s market, the broadcaster said.

More information is available on the Gray Television website.