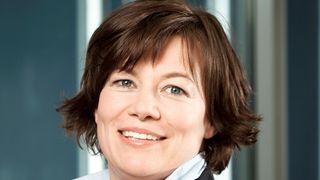 Leading German broadcasters are urging for action to regulate new players in pay TV, especially big smart-TV makers such as Samsung, to create a level playing field in the emerging multiscreen connected-TV era.

German mass media company ProSiebenSat.1 Media AG,which operates commercial TV services, is leading the charge, with Senior Vice President Annette Kümmel arguing that these new players are bringing services that compete with existing ones but at present are subject to different and much lighter regulations. Kümmel is also the newly elected chairman of the Department of Television and Multimedia, and has been speaking in that capacity about the need for tighter regulation at a time when smart-TV activity is ramping up in Germany.

At IBC 2012, smart-TV software vendor Inview Technology announced an exclusive deal with Altech SetOne, a consumer electronics distributor, to deploy its smart-TV platform across the German speaking region. Inview is supplying Altech SetOne with a complete IP platform that will be sold across its extensive range of DVB-S products, giving German, Austrian and Swiss consumers access to a wide range of Smart-TV applications on even the most basic set-top boxes. This platform integrates content delivered via the Internet with usual broadcast programming, similar to boxes provided by TiVo for example.

Then, in Nov. 2012, Deutsche Telekom’s VOD service Videoload launched a new app to allow Samsung smart TVs to instantly stream movies. This video app will be available for download on all Samsung Smart TV televisions dating back to the start of 2011 and enables quick access to all rented or purchased movies at Videoload.

Other European countries are also considering regulating smart TV, recognizing that embedded Internet connectivity in TV sets is slowly but surely becoming a mainstream feature. At the expected pace of TV sales, there are various forecasts that the installed base of Internet-enabled TVs will grow around 70 percent per to reach over 500 million by 2015.

France is the other big European country that has already launched a major consultation to assess the potential impact of smart TVs and propose new regulations.