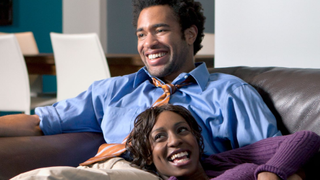 NEW YORK—The last three years have seen significant growth in viewership habits for Connected TV (CTV), to the point that it is beginning to be treated more like linear TV, according to a new whitepaper from FreeWheel, a Comcast company.

CTV is Comcast’s term for OTT. But regardless of what you call it, FreeWheel identifies that since 2017, CTV has become a destination for premium video viewing, having viewers invest a significant amount of time to content. In 2017, 36% of CTV visits lasted more than an hour; in the third quarter of 2019 that number rose to 61%.

CTV viewing is also following similar time patterns as linear TV viewing, with ad consumption (and by proxy, viewing) increasing gradually throughout the day and reaching a peak from 8-10 p.m. among all CTV device groups.

PLUS: Legacy Pay-TV Subscriptions Continue to Decline Amid OTT's Rise

“The viewing patterns we’re seeing on CTV are mirroring what we’ve historically seen in linear TV, suggesting viewers are turning to new ways to watch their favorite shows,” said David Dworin, vice president, Advisory Services, FreeWheel. “For advertisers, this represents an opportunity to tell their story to viewers they have not reached on other channels.”

Findings regarding advertising in the whitepaper show that there is a 97% average ad completion rate for CTVs. There is also a high authentication rate, with 68% of ad views generated by those that have logged in; that number is higher (90%) for smart TVs.

The full “Power of CTV: Audiences and Engagement” whitepaper is available online.