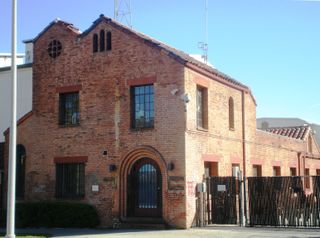 HOLLYWOOD: KCET-TV has sold its historic Sunset Boulevard studios to the Church of Scientology, the station said this week. KCET was the primary PBS member station in the Los Angeles market until the end of last year, when it dropped its affiliation over escalating fees. The station put the studio facility up for sale earlier this year.

What the church paid for the studios was not disclosed. The Los Angeles Times reports that the 4.5-acre property is valued by L.A. County at around $14.1 million.

The studio facility is located at 4401 West Sunset Blvd., a few blocks from Scientology’s primary location in Los Angeles. KCET’s chief Al Jerome said the station would remain in “full operation in the Los Angeles area and is in active discussions” with other production facilities to use space. For the time being, KCET is being allowed to continue operating at the Sunset site for up to a year.

“We are now implementing Phase Two of our transformation from a PBS affiliate to an independent public media center for the 21st century,” he said. said Jerome.

KCET is now an indie, running a slate of news from the likes of BBC, Al Jazeera, NHK and other international sources, as well as its own local franchise, “SoCal Connected.” KOCE-TV became the primary PBS member station Los Angeles in the wake of KCET’s exit.
~ Deborah D. McAdams
(Image by Cbl62/DYK)