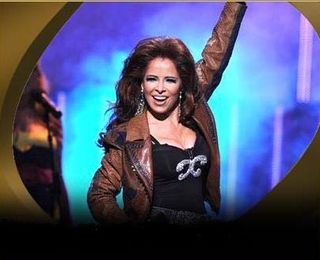 CHICAGO: Fitch Ratings expects Grupo Televisa’s $1.2 billion investment into Univision to help stabilize the struggling U.S. Hispanic broadcaster. Univision was taken private four years ago in a $13.7 billion leveraged buyout. The company now has $8.8 billion of secured debt due in 2014.

Fitch described Televisa’s investment, announced yesterday, as “a major first step toward establishing a more sustainable long-term business and more tenable capital structure” for Univision. Televisa, based outside of Mexico City, is receiving a 5 percent stake in Los Angeles-based Univision for $1.2 billion. It’s also taking on a portion of debt convertible to a 30 percent stake when it matures in 15 years, plus the option buy another 5 percent.

Concomitant, Televisa extended its program license agreement with Univision from 2017 to 2020, and possibly to 2025 if certain conditions are met. The two were at loggerheads over programming rights last year when Televisa attempted to stream its telenovelas online in the United States. Univision contended it had U.S. programming rights, though the deal expiring 2017 did not cover the Internet. Univision derives around one-third of its ad revenues from Televisa programming.

The combined elements of the deal will boost Univision’s ability to meet its 2014 obligation, Fitch said, though the firm did not raise the broadcaster’s rating as a result.

The ratings include Fitch’s favorable outlook on the U.S. Hispanic broadcast industry, and Univision’s position therein. Mid-single digit revenue growth is forecast this year for Univision, which has minimal debt maturity through 2013.

“Univision therefore has a multi-year cushion to strengthen its operating and credit profile in order to best position itself to be able to refinance its 2014 maturities,” Fitch said. “Should the company maintain its positive operating momentum and meaningfully improve its financial flexibility through a significant refinancing of its capital structure, Fitch may consider a positive outlook or upgrade.”

See...
November 17, 2009: “Univision Will Post Full-Length Shows on YouTube”
The deal represents Univision’s first online foray outside if its own Web sites, and one of the first major broadcast networks to provide long-form programming to YouTube.

June 10, 2009: “Judge Hears Univision-Televisa Skirmish”
A federal judge this week heard an argument between Univision and Televisa over the right to stream content on the Web. Univision, based in Los Angeles, runs Televisa telenovelas during prime time and wants the court to enjoin the Mexican media giant from make them available on the Web in the United States.