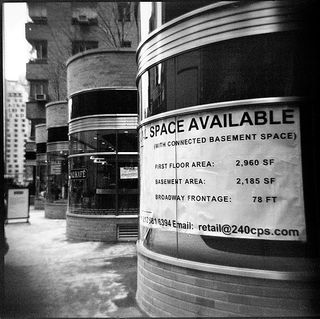 WASHIGNTON: The Federal Communications Commission will consider a second Memorandum Opinion and Order on white spaces at its regular monthly meeting Sept. 23. The order will finalize provisions for unlicensed wireless devices operating in unoccupied swaths of TV spectrum, aka white spaces.

One provision at issue is a requirement that unlicensed devices have spectrum-sensing technology for sniffing out unused frequencies. The Association for Maximum Service Television and the National Association of Broadcasters have lobbied hard to maintain the requirement.

“Spectrum sensing is a critical means of protecting against interference to the public’s broadcast services by unlicensed devices,” the NAB and MSTV said in a joint ex parte filing with the FCC dated Sept. 3. “And spectrum sensing is the only mechanism that can protect against interference to itinerant licensed wireless microphones used for critical newsgathering purposes.”

The FCC opened up broadcast white spaces to unlicensed devices last year when the digital TV transition ended. The frequencies were referred to as “taboo channels” during analog broadcasting because of the potential for adjacent-channel interference among TV stations. Digital transmission was thought to reduce the risk of interference, though DTV expert Charles Rhodes has reproduced co- and adjacent-channel interference in his Pacific Northwest laboratory.

The broadcast industry has fought hard for assurances that unlicensed devices won’t interfere with TV signals because of the difficulty in tracking them. The FCC’s second memo and order will determine whether the devices are required to have spectrum-sensing technology in conjunction with the capability to check a geolocation database for open frequencies.

MSTV and the NAB’s filing mentioned “parallels” between the debate on TV white spaces and the 5 GHz band, where unlicensed devices caused interference with aeronautical radar. The FCC beefed up its protective requirements after the fact--something the two groups said would be unlikely with the TV white-space order.

“MSTV and NAB pointed out the virtual impossibility of imposing an ex post solution in the TV band white spaces, where there could be hundreds of thousands or even millions of unlicensed devices released on the market nationwide that may interfere with tens of millions of television receivers nationwide.”

The FCC is in the process of selecting an administrator for the geolocation database, for which the broadcast lobbies urged tight rules.

“The selection of a database administrator and the policies pursued in the administration of the database will influence the efficacy of the interference protections provided,” they said.