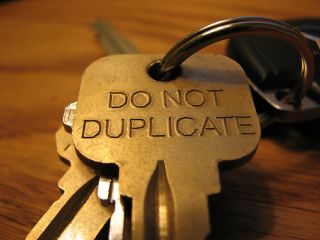 WASHINGTON: The Federal Communications Commission this week approved a proposal to reform retransmission rules. The five commissioners voted unanimously in favor of a Notice of Proposed Rulemaking “to consider possible amendments” to current rules governing how TV stations and cable operators hammer out carriage agreements.

Among other things, the commission proposes to do away with the network non-duplication and syndication exclusivity rules. This would allow cable operators to carry an out-of-market TV station should an in-market affiliate pull its signal in a retransmission stand-off. Currently, stations can assert non-duplication rights by sending notifications to cable operators within 60 days of a network affiliate agreement.

The proposal also seeks feedback on what constitutes “good-faith” negotiations, as retrans parties are now required to conduct. It also seeks comment on informing the public when service disruptions may arise from an impasse. The commission said it would also seek comment on “any other revisions or additions to its rules that would improve the retransmission consent negotiation process and help protect consumers from service disruptions.”

The commission noted that the proposed rulemaking reflects the statutory framework established by Congress, but also “expresses the FCC’s view that it doesn’t have the authority to require broadcast television stations to provide their signals to pay television providers or to require binding arbitration.”

That comment is key, according to John Hane is an attorney with Pillsbury Winthrop Shaw Pittman LLP in Washington.

“The FCC meeting confirmed what everyone already knows--that the FCC can’t order carriage of broadcast stations without their consent,” he said. “The clear message to cable and satellite providers is, don’t expect the FCC to bail you out when your negotiating strategy isn't working. All five commissioners voted to take a look at the negotiating rules, but I didn’t detect much genuine enthusiasm for more government intervention in private business negotiations.”

The Communications Act requires pay TV operators to obtain a television station’s consent before carrying that station’s signals, and to negotiate in “good faith.” The rules have been in effect since 1992, long before the advent of HDTV, which instigated much of the discord now surrounding retrans negotiations. When cable operators started charging extra for HD tiers, broadcasters held out for a piece of the action. For years, cable operators paid monthly, per-subscriber fees to cable-only networks, but not to broadcast TV stations.

Network-affiliated stations now regularly negotiate for these sub fees, sometimes pulling their signals when talks reach a stand-off. Such was the case last fall when Fox stations were pulled from Cablevision systems for 15 days. Cablevision’s footprint covers much of metropolitan New York, giving the stalemate a particularly high profile. Lawmakers called for retrans reform, and the FCC soon signaled its compliance, and today’s NRPM was the result.

Gordon Smith, chief of the National Association of Broadcasters, offered this reaction:

“NAB is pleased the FCC correctly concluded that the marketplace is best equipped to negotiate private business contracts, and that it lacks authority to impose the heavy-handed government tools that pay-TV providers desire. . . In more than 99 out of 100 retransmission consent negotiations, agreements are concluded successfully and invisibly.”

The American Cable Association, which has been bulldogging for retrans reform, also gave the FCC props, but in this case, for taking up the issue at all.

“For many years, ACA has been in the vanguard by warning that retransmission consent is a badly outdated system that inflicts serious economic harm on consumers served by independent cable operators put on the defensive by the aggressive cash demands of market-dominant TV stations,” said ACA chief Matt Polka in a statement. “ACA commends the FCC for agreeing that the time has come to give careful consideration to new TV station carriage rules.”

And finally, Public Knowledge, the consumer affairs think tank that watches the TV industry like a hawk. PK legal director, Harold Feld, asserted that the FCC could use a bigger hammer.

“We hope that at some point the commission will come to realize it has the statutory authority to relieve the consumer distress at being caught in the middle of the disputes,” he said. “We will make that point again to the commission, and hope it will take a more active role than it has in the past in bringing some order to the retransmission chaos.”