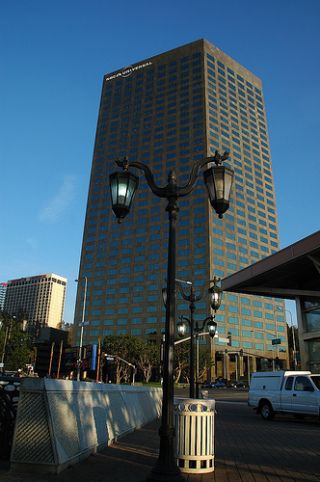 WASHINGTON: The Federal Communications Commission today restarted the shot clock governing its review of the proposed Comcast-NBCU merger. The commission has 180 days to review such merger requests but can suspend the so-called shot clock at its own discretion. It’s done so twice thus far--between April 16-June 3 to extend the opportunity for public comments, and again June 11 to give both companies more time to provide information to the FCC. Comcast ponied up the required data July 1; NBCU, July 6. the FCC said.

Comcast announced it’s intent to take a majority stake in NBC Universal last December in a $8 billion deal. The transaction would mark the first time a U.S. pay TV distributor would own a major broadcast network. (Rupert Murdoch’s News Corp. owns several pay platforms outside of the United States, where it owns the Fox network.) Comcast agreed to take a 51 percent share of NBCU from General Electric, with GE retaining an option to cash out on the remaining 49 percent over seven years.

Media consolidation critics and labor unions have blasted the proposed deal. It must pass muster with the Justice Department as well as the FCC. Sen. Herb Kohl (D-Wis.), chairman of the Senate Antitrust Subcommittee, urged the FCC and Justice to impose several conditions on the merger. In a May 26 letter to the agency chiefs, Kohl suggested multiple requirements to assure nondiscriminatory behaviors in programming carriage and access; the divestment of NBCU’s one-third stake in Hulu; and network neutrality on Comcast.

The proposed merger is expected to clear regulatory hoops by the end of this year or early in 2011.
-- Deborah D. McAdams