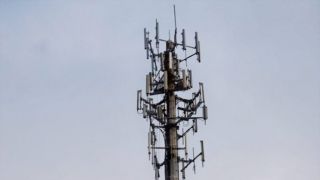 The FCC is continuing its stated mission to quickly widen broadband adoption in the United States. The commission’s chairman, Julius Genachowski, has announced new actions as part of the Broadband Acceleration Initiative, a comprehensive effort to remove barriers to broadband build-out.

The Commission's effort includes streamlining the deployment of the mobile broadband infrastructure, such as towers, distributed antenna systems (DAS) and small cell towers. It has defined and clarified a technical provision in the Middle Class Tax Relief and Job Creation Act of 2012 regarding local review of requests to modify an existing wireless tower or base station.

This provision, the commission said, will accelerate deployment and delivery of high-speed mobile broadband to communities across the nation.

The action, the FCC said, would create greater certainty and predictability for providers that today invest more than $25 billion per year in the mobile infrastructure — one of the largest U.S. sectors for private investment.

The commission also launched a proceeding to expedite placement of temporary cell towers — cells on wheels (COWs) and cells on light trucks (COLTs) — that are used to expand capacity during special events, such as the Inauguration or the Super Bowl.

In the coming months, Genachowski said, the FCC will further streamline DAS and small cell deployment; examine whether current application of the tower siting shot clock offers sufficient clarity to industry and municipalities; and begin developing model facility siting rules for localities. The commission said each of these actions will contribute to faster, more efficient deployment of wireless infrastructure.

“Providing more certainty to industry and municipalities, and more flexibility to carriers to meet extraordinary, short-term service needs will accelerate private and public investment to strengthen our nation’s communications networks,” Genachowski said. “Just as is the case for our nation’s roads and bridges, we must continue to invest in improvements to cell towers and transmission equipment, in order to ensure ubiquitous, high-speed Internet for all Americans. To keep pace with technological advances, such as the advent of small cells, and to lay the groundwork for new developments, our policies must continue to adapt.”

The main objective of the FCC’s effort is to modify how requests for existing base stations and wireless towers are reviewed. The effort is designed to give broadband carriers less pause when investing in building out their infrastructure.