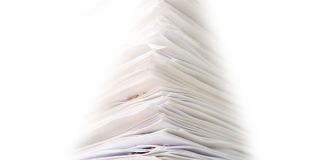 WASHINGTON: This morning’s demonstration of the Federal Communications Commission’s new online public file interface was not so easy to access online. The commission’s live streaming portal was either malfunctioning or overwhelmed, rendering the webcast unavailable until it was well under way.

When it did come up, Greg Elin, the FCC’s chief data officer, was saying that the interface works with both Firefox and, with the exception of a “couple of things,” in Internet Explorer.

Elin said the commission “organized components of the public inspection file for easy navigation,” and has provided help screens with videos. He showed a logo modifications page and a history page using a commission computer screen projected on a wall display that was indistinguishable in the webcast. Elin said the demo illustrations would be posted on the commission website for replay in higher resolution.

He proceeded to demonstrate how a TV station staffer could drag and drop multiple documents into the FCC database simultaneously. It will accept all common document formats—Word, html, .pdf and so forth. Elin said the commission has a generic policy of converting all documents into .pdfs to prevent accidental transmission of viruses.

A question was posed about large documents, which have had to be broken up to upload to other FCC databases. Elin said the public inspection file database would be able to handle uploads of up to 50 MBs.

“We’re not anticipating problem,” he said.

When the rules go into effect Aug. 2, they will apply initially only to Fox, CBS, ABC and NBC stations in the top 50 markets. Elin said the commission recognized that these stations would have a lot of paperwork to upload over the next six months, and might be filing every day.

Realizing that being able to drag-and-drop multiple documents might still be cumbersome for these stations, the commission took a suggestion from the NAB to implement, Dropbox, a file-hosting service that allows the creation of a special folder that synchronizes on multiple computers, so it shows the same contents on all of them. Multiple users may be logged in simultaneously for a single station; more than one Dropbox account can be associated with a single station; and/or a single station may have up to three accounts.

The FCC intends to have common naming for folders in the database, but it will not define a nomenclature for individual document types.

To prevent the system from crashing, Elin said all broadcasters would be put on dedicated hardware, separate from the public access portal. The system will also have “some redundancy” in the cloud,” he said.

The commission is looking into password protection on the station access side, possibly tying it to the Consolidated Database System, or creating a unique FCC Registration Number. Elin also talked about an “algorithm” developed at the FCC to find documents already filed with the commission that belong in the public inspection file, and to identify those that have expire.

Stations will not have to change record configurations, for example, a single document for each purchase of political airtime. The commission intends to support whatever type of record keeping stations currently practices, Elin said.

The demonstration was the first since the commission approved a rule last April requiring broadcasters to move their public inspection files online. Up to now, the files had to be kept in hard copy at a station’s main studio, where citizens could review them upon request.

The files must contain the station’s license; any applications filed with the commission, construction permits, waivers, pending renewal applications and related documentation. It also must have contour maps--illustrations of coverage area, studio and transmitter locations, and any documentation related to an FCC investigation or complaint. A station’s most recent ownership report must be included, as well as affiliation agreements, corporate documentation such as bylaws, voting rights, etc.; mortgage and loan agreements, and management consultant contracts.

This last item, the political file, provoked heavy opposition from the broadcast industry. The political file includes a complete record of a request to buy airtime made on behalf of a legally qualified candidate or for a campaign issue.

“The file must identify how the station responded to such requests and, if the request was granted, the charges made, a schedule of time purchased, the times the spots actually aired, the rates charged, and the classes of time purchased,” The Public and Broadcasting states. “The file also must reflect any free time provided to a candidate.”

Broadcasters are required to offer their lowest unit rate charge to political candidates, thereby revealing to competitors what they are charging for airtime. The National Association of Broadcasters has sued the FCC over the requirement to publish the information online, claiming it will substantially harm stations’ ability to compete, particularly with cable operations not subject to the same disclosure. The FCC says since the information is available to the public already, making it available online will not make a difference.

A motion for an emergency stay filed by the NAB is pending with the U.S. District Court for the D.C. Circuit.

The commission has stepped up its enforcement of its public inspection file rules since 2000, when it issued just four fines for violations. Nine were issued in 2010, and last year, the commission issued 29. This year, a total of 17 were issued as of June 15. Virtually all were issued to radio stations, which tallied up $253,000 in fines for multiple violations including incomplete public inspection files, operational infractions and failure to maintain emergency alert system gear.
~ Deborah D. McAdams