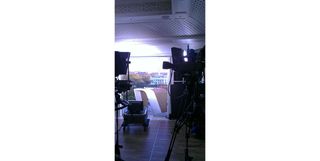 Requests should provide basic details of the fundraising activity, including the nature of the effort, the proposed duration, the organizations receiving donations, and whether the fundraiser will be part of a licensee’s regularly schedule pledge drive or fundraising efforts.

Noncommercial and educational TV stations seeking expedited rules of similar requests are instructed to email them to Barbara Kreisman; radio stations are to contact Peter Doyle and Michael Wagner.

The FCC has previously bent the noncom fundraising rules for “disasters of historic proportions or magnitude,” it said, including 9/11, the 2005 tsunami, Hurricanes Andrew and Katrina, and the 2010 earthquake in Haiti.

Fundraising waivers were issued for specific programs or “sustained station appeals for periods which generally do not exceed several days,” the commission said.