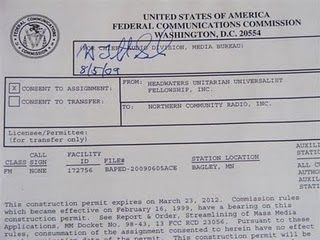 WASHINGTON: The Federal Communications Commission has opened a proceeding on a plan to auction construction permits for two full-power, commercial TV stations. Both are in the VHF band. Ch. 4 in Atlantic City, N.J.; and Ch. 5 in Seaford, Del., are open for minimum bids and upfront payment of $200,000 each. The auction is scheduled to begin Feb. 15, 2011.

The assignments arose from an amendment to the FCC’s post-DTV transition table of allotments. It was noted that the State of New Jersey lacked a VHF allotment. Federal rules require that each state have at least one where technically feasible. The FCC said the Delaware allotment was also pursuant to the same federal law. Therefore, the station built on the auctioned construction permits must remain on those VHF channels as long as they remain their respective states’ sole designees.