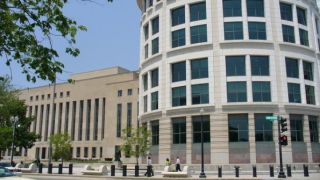 The FCC could phase out government rules next month that required cable operators that own programming to make that content available to rival pay-TV distributors, such as satellite broadcasters.

FCC Chairman Julius Genachowski said he is not interested in extending the program access rules beyond their expiration date on Oct. 5.

The rules were initially set to expire in 2002 but were extended twice. FCC chairmen rarely push such issues unless they have the support of the majority of other commissioners. With little chance of that among the bipartisan group, it means that it’s unlikely the rules will get a last-minute reprieve.

Created as part of the 1992 Cable Act, the program access rules played a major role in the development of the satellite broadcasting industry. Twenty years ago, there was far more vertical integration between cable operators and those who owned the programming. Congress was concerned that cable operators that owned programming would refuse to sell that content to competitors like satellite operators.

DirecTV and Dish Network have since established themselves as legitimate competitors, and far fewer cable companies now own their own content.

For their part, cable companies said the regulations are now obsolete. Program owners also want their channels distributed on as many services as possible to reach more viewers and make more income.

A senior FCC official told the LA Times there won't be any sort of broad exemption for sports programming. Instead, he said, a pay-TV distributor can file a complaint to the FCC alleging unfair acts of competition if a cable operator that owns a regional sports network is refusing to sell that channel to a rival service.

Even if the FCC had tried to keep the rules, it might have faced a challenge from the cable industry in the courts. The U.S. Court of Appeals for the D.C. Circuit has previously said the rules have outlived their usefulness.