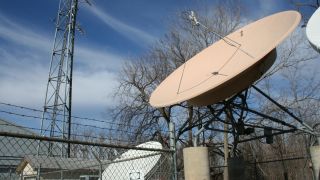 WASHINGTON—An effort by a handful of small satellite operators to prevent their relocation from the lower 200 MHz of the C-band spectrum has been denied by the FCC in a unanimous vote.

ABS Global Ltd., Empresa Argentina de Soluciones Satelitales, Hispamar Satélites S.A. and Hispasat S.A. (collectively referred to as Small Satellite Operators, SSO) filed a protest of the FCC’s Order of Proposed Modification dealing with the C-band transition and auction that would see operators in the lower 280 MHz band—including the SSOs—to relocate to the upper 200 MHz so the vacated spectrum could be sold to wireless and 5G developers. There argument was that section 316(a) of the Communication Act does not authorize the FCC to make such a change to their licenses.

The FCC refuted the SSOs’ claim that they were fundamentally changing their licenses because the move to the upper 200 MHz would offer comparable services, even suggesting that they may be able to serve new customers as a result of the transition. The commission also denied the petition on procedural grounds.

In a statement on the decision, Commissioner Rosenworcel said in denying the petition, “the agency clears the way for a court to consider the merits of the FCC’s decision-making in the underlying proceeding. … However, I continue to have reservations about the process that led the agency to this point and believe that we missed a golden opportunity to work with Congress to incentivize the repurposing of these airwaves in a manner that would yield a smoother long-term path for spectrum policy and support for much-needed infrastructure projects.”