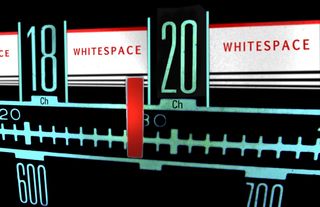 WASHINGTON: Microsoft came to the game late but won anyway. The company has been designated a white-spaces database administrator by the Federal Communications Commission.

“We find that Microsoft has shown that it has the technical expertise to develop and operate a TV bands database,” the FCC said in its order adopted last week.

The purpose of the database is to provide a reference for the unlicensed devices now authorized to operate between TV channels. Devices must ping a database to make sure frequencies aren’t occupied by licensed users. A white-space database also must maintain a registry of fixed unlicensed devices and protected services such as full- and low-power TV transmissions, broadcast auxiliary facilities, private land mobile and commercial radio operations.

The commission issued a call for white-space database managers in late 2009. Nine responded, and all were conditionally designated in January of this year. Microsoft didn’t get a dog in the race until April, then pushed the FCC to designated it, which it did last Thursday.

Broadcast engineers went up against Microsoft’s proposal to manage a white-space database. The tech company was on the forefront of getting access to use the TV spectrum for free, and provided prototypes that broadcast engineers say caused TV signal interference in tests. Engineers for the Integrity of Broadcast Auxiliary Services Spectrum--namely, Richard Rudman and Dane Ericksen--filed comments with the FCC objecting to Microsoft because it filed for approval 15 months after the deadline, for one thing. It missed an entire class of licensed TV stations entitled to protection as well, the pair said, and it overstepped an experimental license in Las Vegas during the National Association of Broadcasters show.

“We are not persuaded that the factors cited by EIBASS demonstrate that Microsoft is not qualified to administer a TV bands database. With regard to the issue of the timeliness of Microsoft’s proposal, the rules do not prohibit additional parties from requesting designation as a TV bands database administrator after other parties have already been designated,” the FCC said.

As for leaving out protected entities, the FCC said it did not require a complete list in the application process. Regarding the experimental license issue, the FCC said Microsoft followed the rules.

Along with the other nine designees, Microsoft’s database will be subject to a trial period of at least 45 days.