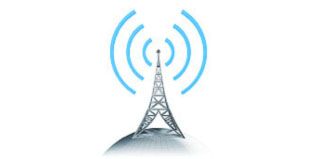 WASHINGTON: Just how many broadcasters are part of a new spectrum sellers’ coalition is a known unknown. Former Disney lobbyist Preston Padden, now an adjunct professor at University of Colorado Law School in Boulder, Colo., announced this week that he was forming the Expanding Opportunities for Broadcasters Coalition “to advocate for the successful auction of broadcast spectrum.”

“We are not commenting on membership,” he said. “The auction statute makes it a crime to disclose the identity of participating stations.”

One veteran broadcast attorney said he wasn’t aware of any such specific prohibition. Voluntary disclosure does not appear to be enjoined by the statute, which is contained in the Middle Class Tax Relief and Job Creation Act of 2012, signed by President Obama last February:

“The commission shall take all reasonable steps necessary to protect the confidentiality of commission-held data of a licensee participating in the reverse auction… including withholding the identity of such licensee until the reassignments and reallocations—if any—become effective.”

Padden also declined to quantify the membership of the coalition, which he said included “television stations, that, under the right conditions, would like to participate in the auction. These stations have come together to ensure that the FCC’s process provides the proper incentive and structure for a successful auction.”

“The FCC has only one shot to get it right,” his announcement said.

The Federal Communications Commission adopted its incentive auction Notice of Proposed Rulemaking in late September. The 200-plus page document seeks feedback on how to structure the one-time auction by which broadcasters can relinquish all or part of their spectrum in return for a portion of auction proceeds. The commission proposes to first hold a “reverse” auction so potential sellers can evaluate how much revenue their spectrum might generate. The commission is aiming at holding the auction in June of 2014.

While it may not be criminal for a station to reveal that it’s interested in participating in the incentive auction, doing so is not necessarily in its best interest, said Mark Fratrik, vice president and chief economist at BIA Kelsey in Chantilly, Va.

“You don’t want to dishearten the staff,” he said. “There are a lot of reasons why stations now wouldn’t want to disclose publically that two or three years down the road they’re going to be participating in this auction. That’s why I am not surprised that there haven’t been any stations out there coming out saying, ‘we’re going to play in this game.’”

Fratrik said he had talked to several stations that are “not necessarily going to participate, but interested in the issue.” Conversely, some groups have been amassing station licenses in anticipation of the auctions. Stations with strong multicasting line-ups and a mobile plan will not likely be among them, he said. Fratrik’s observation reflects private comments from executives at some of the larger station groups confirming their intention to stay in the business of broadcasting.

One broadcast executive noted that minority broadcasters would be most vulnerable in the process.

“The irony is, under the Obama Administration, minority stations will be driven out of business so Verizon and AT&T can charge more for wireless broadband,” he said.

“NAB will continue to engage our members, the FCC and others to develop an auction that allows volunteer broadcasters to be adequately compensated for leaving the business while holding harmless TV stations that remain on the air. If the devastation of Hurricane Sandy has demonstrated anything over the last two weeks, it’s been the unique resiliency and reliability of our transmission architecture and the indispensable lifeline role played by local broadcasting in the fabric of American life.”

Broadcasting's public-safety value is being pitted against the revenue-generating benefits of putting more spectrum into the market, Fratrik noted. Regulators, at the behest of Congress, want to “transfer as much spectrum as possible to what they perceive as higher-value uses,” he said. And while the commission may not achieve its goal of securing 120 MHz of broadcast spectrum for the incentive auction, Fratrik said it likely would get enough to cover the set-asides: $1.75 billion for broadcaster relocation; $2 billion for a wireless first-responder network, and $300 million to move radio astronomy off of Ch. 37. The federal statute requires these minimums to be covered or the auction cancelled.

Details of the auction remain in development, including whether or not broadcasters can bid on their own licenses to get out from under the MPEG-2 standard. An engineer for a large broadcast group said it was being discussed. The current standard puts broadcasters at a disadvantage in the local ad market because they can’t do zoned advertising like competing cable operators, he said.

“We are so far down the road of what a new standard would be, should be, how it would operate… and yet you have broadcasters, who, when they are given the pitch, say they can’t do anything because they fear having spectrum taken away,” he said. “Hello?”

He said he was aware of discussions about forming a spectrum operators coalition—“people who don’t want to talk about the auction, but to gain a cohesive idea of the value of broadcasting.”

Padden, in his coalition announcement, said the group would partner with “trade associations, public interest groups and others to maximize participation by broadcasters and wireless carriers alike.”
~ Deborah D. McAdams