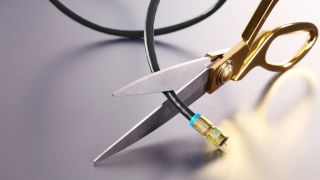 OYSTER BAY, N.Y.—The cord-cutting trend has only picked up steam because of the COVID-19 pandemic, and not just in mature markets where the practice was already making a significant impact.

ABI Research has reported that cord-cutting is starting to take hold in emerging markets, like India, in addition to markets like the U.S., where broadband penetration is high. According to ABI, Indian satellite TV operator Tata Sky lost 1.5 million subscribers in the first half of 2020. In addition, as much as 80% of subscription fees could not be collected by Indian cable operators because of consumers struggling to pay their bills. Similar trends are occurring in other emerging markets like Brazil, Colombia and Thailand, per ABI.

“In mature markets, cord-cutting could create an opportunity for streaming services since some cord-cutters may choose video streaming to replace pay-TV service,” said Khin Sandi Lynn, industry analyst at ABI. “However, in emerging markets, low broadband penetration could be a barrier for many consumers to move to streaming.”

Because of this, ABI says that pay-TV service providers need to implement price adjustments, like repackaging services into smaller channel bundles or increase promotions. Heavier subsidizing of Consumer Premise Equipment may also help ease fees for customers during this time. However, content security measure must also be put in place, ABI recommends, as a sudden spike in churn could result in content piracy.

One of the key reasons for the loss of pay-TV customers during the pandemic has been the loss of live sports programming. ABI believes that the return of sports will make the deep subscriber loss temporary, especially in the markets with limited broadband connectivity. ABI projects that in 2025 there will be 1.1 billion pay-TV subscribers globally; there is currently 1.07 billion, according to ABI.