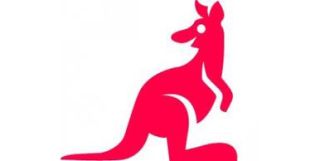 NEW YORK: Dish failed to disclose its intention to launch a commercial-skipping option when it worked out retransmission consent with CBS, the broadcast network said in documents filed with the U.S. District Court for the Southern District of New York.

Dish launched the Hopper set-top last March. It skips commercials in prime time only on broadcast networks. CBS, as well as Fox and NBC, cried copyright violation and all sued separately. A federal judge in California denied Fox’s request to order Dish to stop skipping commercials while the copyright case was being decided. The network immediately appealed.

While the cases remain pending in court, the strife escalates. Dish introduced the SlingHopper at 2013 CES in Las Vegas earlier this month. The SlingHopper adds the capability of a SlingBox, allowing users to watch their programming remotely over a broadband connection. Online tech news site CNET selected the SlingHopper for a “Best of CES” award, but corporate parent company CBS reportedly nixed the selection due to the ongoing litigation. CNET’s Greg Sandoval resigned over the incident, according to several news sources, including PC Mag.

CBS claims its retransmission consent agreement with Dish was completed before the network had any knowledge of the Hopper.

“At the time the retransmission agreement was negotiated, Dish knew that CBS would not have been willing to enter into the retransmission agreement if CBS had been aware that Dish would attempt to use
its limited access to the CBS Broadcast Signal as a vehicle for offering CBS’s primetime programming to Dish subscribers on an on-demand, commercial-free basis,” the court filing states.

CBS claims that Executive Vice President Marty Franks made it clear during negotiations that the network did not intend to include new or future business in the retrans deal. The filing says that in mid-December Franks met with Dish executives, who showed him the stuffed kangaroo that represents the Hopper logo, but that they failed to mention the “AutoHop function that enables commercial-skipping. Four days after the retrans agreement was signed, Dish launched the Hopper, the filing said. Then on May 10, 2012, Dish activated the AutoHop capability.

CBS is asking the court to “permanently enjoin” Dish from offering AutoHop, a rescission of its retrans agreement with CBS, statutory damages and attorney fees.

May 29, 2012: “Networks, Dish Sue Each Other Over Hopper”
As expected, three out of the four major broadcast networks filed lawsuits against Dish Network and its Hopper DVR that allows viewers to automatically skip TV ads.