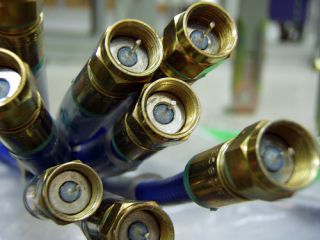 BETHPAGE and PURCHASE, N.Y.: Cablevision is taking Bresnan Communications cable systems with a $1.365 billion bid. Cablevision created a new unrestricted, standalone subsidiary for the acquisition, which values Bresnan’s 320,000 subscribers at $4,266 per. Bresnan is among the top 20 largest multichannel system operators in the United States, passing more than 600,000 homes in Colorado, Montana, Wyoming and Utah. None of the Bresnan systems coincide with Cablevision’s Metropolitan New York footprint.

Bresnan was majority owned by Providence Equity Partners, with Comcast holding a 30 percent stake and Quadrangle Group holding a minority share. The company was started by the late William Bresnan, who passed away last year. Providence began exploring a sale earlier this year. The half-dozen or so bidders for the assets were said to include Suddenlink Communications and Liberty Media’s John Malone.

Cablevision will finance the subsidiary with non-recourse debt of around $1 billion and an equity investment of $400 million. Bank of America and Citi are providing debt financing for the deal. Wells Fargo’s Marci Ryvicker said the price represents a relatively high multiple of 9x.

“While we don’t understand CVC’s strategy in going outside its current footprint--some say it is the lack of fiber competition and/or more leverage with programmers; we dispute both--this does reinforce the company’s focus on the core cable business,” she wrote. “Plus, despite the high multiple, it does appear that these assets have performed extremely well given the 15 percent revenue compound annual growth rate and 20 percent cash flow CAGR since 2004.”

Cablevision concurrently announced its first share buyback, initiating a $500 million repurchase of Class A stock. Cablevision said it will purchase Class A shares “from time to time in the open market,” depending on market conditions and other factors. There were more than 251 million outstanding Class A shares as of April 30, 2010.

“This new stock buyback program is a reflection of our confidence in both Cablevision’s operating performance and potential to generate free cash flow,” said Cablevision chief James Dolan. “This joins our regular quarterly dividend as an excellent way to increase shareholder value. In addition, we believe that the repurchase program will help to better align the market value of the company’s common stock with Cablevision’s underlying operating performance.”

Shares of Cablevision (NYSE: CVC) have gained more than 8 percent to reach $25.34 so far today. Ryvicker said the share buyback “puts a more positive light on this deal despite the apparent lack of synergies.” Wells Fargo is maintaining its outperform rating on Cablevision.