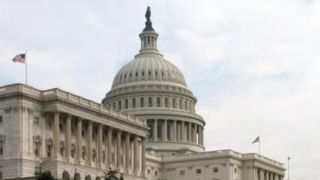 Reps. Debbie Dingle (D-Mich.), Bill Flores (R-Texas), Marc Veasey (D-Texas) and Fred Upton (R-Mich.) have sent out a pair of letters to other members of Congress and to President Trump asking that federal advertising funds be redirected to local media outlets to support them during the current coronavirus pandemic.

“Local media outlets are devoting around-the-clock time and resources to reporting and informing our communities on every aspect of COVID-19, even as they themselves are suffering enormous losses in revenue as all the businesses they rely on for advertising are also faltering or closed,” the letter to House colleagues reads.

“Congress can help ensure that people have the information they need most by directing current federal government advertising funds to local news and media outlets,” the letter continues.

In the group's letter to President Trump, they outline three specific efforts to support these local media outlets:

“Advertising plays an incredible role in local economies, and its importance to the sustainability of local broadcast and newspapers cannot be overstated,” the letter to Trump summarizes.

In addition, a letter from 19 senators to Senate leaders called for any future stimulus packages to feature support for media outlets. The American Consumer Institute has also requested both houses, the president and vice president that the Paycheck Protection Program be extended to local TV and radio stations, as well as additional coronavirus stimulus relief efforts.