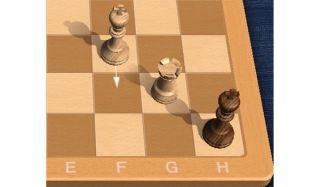 WASHINGTON: A small retransmission dispute may end up redefining the legal definition of “faith,” both good and bad. WJLA-TV’s owners are pushing the Federal Communications Commission to declare that a rural Virginia cable company negotiated in “bad faith” when it dropped the ABC affiliate.

“The record amply demonstrates that this is a simple case of bad faith--Shentel pretended to negotiate with WJLA until WJLA accepted its terms, then it withdrew the deal and refused to propose any other terms,” station attorneys wrote in their latest filing with the FCC.

WJLA parent Allbritton Communications filed an emergency petition with the FCC on Jan. 5, seeking reinstatement of WJLA on Shentel’s Shenandoah County system serving 8,200 subscribers. Shentel dropped the station on New Year’s Eve after negotiations broke down. Allbritton said Shentel reneged on its own offer after the broadcaster backed down from a counter offer, dropping WJLA without formally notifying the station. Allbritton also charged that Shentel provided insufficient notice to subscribers.

Shentel in turn told the FCC that it terminated negotiations with Allbritton two days before the broadcaster offered to accept Shentel’s original offer. Allbritton also asked the FCC to fine Shentel up to $7,500 for each day it had WJLA blacked out. Shentel said the request was “vengeful.”

Allbritton had tried to negotiate the same retrans fees for WJLA that it was getting from Shentel for WSET-TV in Lynchburg, Va. In the WSET negotiations, Shentel’s Chris Kyle said the cable company did not pay for out-of-market subscribers.

“Please relay to your corporate team that we are not paying for out-of-market DMA subs in our other agreements,” Kyle wrote in a Dec. 13 email to Randy Smith of WSET-TV.

Allbritton negotiators were therefore under the impression that Shentel would not pay retrans fees to WHSV, the out-of-market Gray Television-owned ABC affiliate in Harrisonburg, Va.--also carried on the same system as WJLA. Allbritton’s attorneys charge that Shentel negotiators played the two stations off of one another.

“Shentel apparently was holding a silent auction between WJLA and WHSV, but it never let WJLA in on that fact,” wrote John R. Feore, Jr., and Jason E. Rademacher of Dow Lohnes PLLC.

Another station, KRIS-TV is also leveling a bad-faith allegation against Time Warner Cable. KRIS, a Corpus Christi, Texas, NBC affiliate owned by Cordillera Communications, filed a complaint with the FCC last week, saying TWC stopped negotiating with the station and dropped it Dec. 12, 2011, “even though they had consent to carry our signals while we tried to reach a deal.”

The brickbats boil down to what constitutes “good faith” negotiations. Current FCC rules require good-faith conduct under a two-part framework. First is a list of seven standards, the violation of which can constitute a violation of good faith:

The second part of the framework involves the commission’s discretion to determine a breach of good faith. The concept, along with the rest of the FCC’s retransmission rules, are open for comment under a Notice of Proposed Rulemaking issued last March. The commission specifically seeks feedback on what constitutes good faith. The folks at Allbritton say their interaction with Shentel definitely does not.

Both companies are mid-sized media operations. Privately held Allbritton owns WJLA and NewsChannel 8 in Washington and six other ABC affiliates in mid-sized markets, plus the D.C.-centric newspaper Politico, and websites that include TBD.com, an experiment in local generation. Shentel (NASDAQ: SHEN) reported revenues of $62.7 million for the third quarter of 2010, up 18 percent from the year before on cable TV, wireless and wireline telephone service. It reported having 135,755 revenue generating units--voice, data, video and digital video subscribers--as of Sept. 30, 2011.
~Deborah D. McAdams
Also see...
January 5, 2012: “Allbritton Files Retrans Complaint Against Rural Virginia Cabler”
Allbritton said Shentel sought a “heavy discount” from its standard rate because it also carries WHSV-TV, an out-of-market ABC affiliate. Shentel is said to have come in with an offer 25 cents below Allbritton’s normal ask. Allbritton came back with one 17 cents above that—the same, it said, as what Shentel was paying for Allbritton’s Lynchburg, Va., ABC affiliate, WSET-TV. The complaint says Shentel never formally rejected Allbritton’s offer, rescinded its own, nor “indicated that negotiations were at an impasse.”

June 28, 2011: “Retransmission Replies Reflect Industry Schism”
Regulators have a bit of a slog ahead when they comb through the reply comments on retransmission. Around 30 parties filed a total of 680 pages on the Federal Communications Commission proceeding in the last few days. A quick survey of the filings suggests more of the same: pay TV carriers want reform; broadcasters do not.