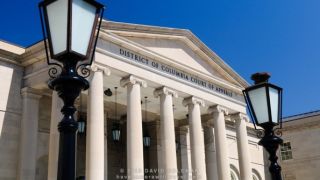 Mobile operators must allow users of competing wireless carriers to use their data networks when operating outside their home territory, the United States Court of Appeals for the District of Columbia ruled this week.

The appeals court agreed with an earlier FCC ruling on the issue. The decision required that data be treated the same as voice-service roaming by customers of other carriers. The ruling opens the door to smartphone users.

The unanimous (3-0) court decision is a win for smaller mobile companies, who can now offer national calling and data plans. Verizon Wireless, which had challenged the FCC’s data roaming order in 2011, looks to be the loser in this case. Verizon had argued that the FCC did not have authority to oversee data communications on wireless broadband networks and that it was imposing “common carrier” regulations on carriers, essentially regulating them like public utilities.

“As we made clear throughout the case,” Ed McFadden, a Verizon spokesman, told The New York Times, “Verizon Wireless regularly enters into such data roaming agreements on commercially reasonable terms to meet the needs of consumers, and will continue to do so.”

The decision has broad implications for the FCC, analysts told the newspaper.

“This does bode well for the FCC’s ability to assert its authority in regulating wireless services,” said Andrew Jay Schwartzman, senior vice president and policy director for the Media Access Project, a nonprofit law firm that promotes consumer choice. “This is the first time these issues have come up in the context of data, which obviously is our future.”

John Bergmayer, senior staff lawyer at Public Knowledge, which filed a brief supporting the FCC, noted to the newspaper that many of the legal arguments Verizon made in the case are also part of another challenge in the same court.

In that case, Verizon is trying to overturn the agency’s Open Internet order, a 2011 regulation that contains elements of net neutrality rules. Those rules require Internet service providers to treat all traffic equally — rather than favoring some transmissions over another.