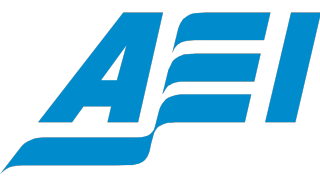 WASHINGTON—Although the federal government’s policy of promoting market-oriented reforms over the use of radio spectrum has led to “enormous benefits” to American consumers, increasing conflicts between federal agencies’ plans for future spectrum use and the FCC are hampering and possibly delaying deployment of new wireless broadband services, particularly in rural counties.

This was the warning from the American Enterprise Institute, a D.C.-area conservative think tank, which says the pending “Mobile Now” and “STREAMLINE Small Cell Deployment” Acts, introduced by Sen. John Thune (R-S.D.), will “make more spectrum commercially available and promote next generation wireless networks and services.”

AEI said that by law, the FCC must conduct open and transparent proceedings on how best to protect and enable the best use of spectrum but that in recent years, there has been an increase in quarreling among federal agencies when it comes to dealing with the FCC on spectrum issues. For example, FCC Chairman Ajit Pai has previously criticized the government for standing in the way of 5G development.

The act “would task NTIA, the Office of Management and Budget, and the FCC to estimate the value of relative spectrum for licensed or unlicensed use and report what is assigned and allocated to each agency. As there is some resistance to this no-brainer idea, market actors could force the discussion,” AEI said.

It also recommended a policy of making federal agencies pay for their spectrum use, pointing to a similar policy adopted by the U.K. telecom regulator Ofcom.

It also recommended that Congress should tie funding to  “spectrum efficiency” and promote investigations of interference to counter some federal agencies’ warnings of “Y2K disaster scenarios” if their warnings to the FCC go unheeded.

The blog is available here.