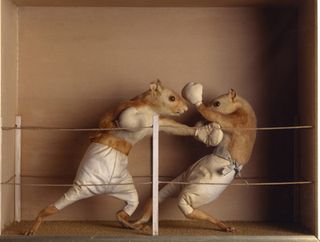 PITTSBURGH: The American Cable Association is sticking to its guns regarding Nexstar’s antitrust lawsuit against Granite Broadcasting. The ACA contends the suit demonstrates broadcasters collude on retransmission. Nexstar says the two issues are unrelated. Both are duking it out in filings with the Federal Communications Commission.

“The commission should focus on the similarity of the allegations contained in Nexstar’s antitrust suit and the ACA’s call for reform of the commission’s retransmission consent rules to prevent separately owned stations in a single market from entering into collusive agreements, whether legally binding or non-legally binding, to vastly enhance their market power and ability to extract monopoly retransmission consent rents,” Barbara Esbin of Cinnamon Mueller wrote on behalf of the ACA.

The ACA jumped on the lawsuit with a statement from president and CEO, Matt Polka, who said pay TV providers serving Fort Wayne would be subject to “unconstrained market power” possibly resulting in a “massive blackout of the three dominant local TV stations.”

The ACA represents small and medium-sized cable operators for whom retransmission is a substantial financial pressure. It has been relentless in its campaign to get the FCC to reform retransmission rules, though the commission is reluctant to step into what it considers business negotiations. It was nonetheless pushed by Congress to open up a rulemaking and did so in March. Retransmission rules now consist mostly of a directive that negotiations be carried out in “good faith.” The FCC asked for feedback on what constitutes “good faith” negotiations, since parties in stand-offs have disagreed on the meaning.

Legal authorities agree that the FCC cannot compel broadcasters to provide their TV signals to cable and satellite operators. However, the FCC is proposing to eliminate a non-duplication rule, allowing pay TV providers to replace a pulled signal with that of a neighboring station.

The ACA double-dared Nexstar to quit coordinating retrans negotiations among its 13 duopolies. Nexstar said the details of its lawsuit demonstrated that “ACA’s suggestion is without any merit.” For example, the suit alleges that Granite tried to poach Nexstar sales personnel and told ad clients that WFFT was going out of business.

“The ACA wrongly suggests that this lawsuit supports its argument that licensees should be entirely prohibited from entering into shared services agreements or from engaging in joint retransmission consent negotiations as part of such agreements,” Nexstar said in its filing.

The ACA shot back that it does not take issue per se with shared services agreements, where a TV station operates one or more other non-owned stations. It objects instead to separately owned TV stations being allowed to coordinate on retransmission consent.

“ACA does not believe that outside the realm of retransmission consent, all shared services agreements among broadcasters are inherently suspect,” Polka said.