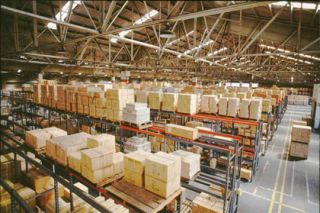 SANTA CLARA, CALIF.: DisplaySearch’s latest 3DTV market report is one of the first to take glasses into account. The majority of 3DTVs on the market require shutter glasses to view the format. DisplaySearch said sales of 3D glasses was low in Western Europe, and that most countries failed to achieve a 1:1 sales ratio of glasses to sets.

“This is particularly disappointing,” Gray said. “A healthy level would be closer to two pairs of 3D glasses per TV, so it’s clear that these sets at best are being chosen for future-proofing, and at worst it's an indication that consumers cannot buy a premium set without 3D.”

3DTVs themselves are not selling like hotcakes, according to DisplaySearch. The company pared back its 2010 3DTV shipment forecast by 200,000. Adoption has been restrained by cost and lack of content, it said.

“While TV manufacturers have bold plans and a lot of new products, consumers remain cautious,” said DisplaySearch’s Paul Gray, “Consumers have been told that 3DTV is the future, but there still remains a huge price jump and little 3D content to watch.”

Folks in North America appear to be particularly cautious; shipments on the continent are expected to total around 1.6 million. DisplaySearch’s Paul Gagnon said TV manufacturers “have trained consumers to expect rapid price falls for new technology, and consumers seem happy to wait a little.”

DisplaySearch generated the figures in its latest quarterly TV Design and Features Report. The previous report, released in July, forecast a total shipment number of 3.4 million for 2010. While it reeled in the 2010 estimate, DisplaySearch now predicts much more rapid growth through 2014 than it did in July, when it said 2014 3DTV shipments would total 42.9 million, or 37 percent of all flat-panel TVs. The revised 2014 forecast is 90 million, or 41 percent of all flat panels.
-- Deborah D. McAdams