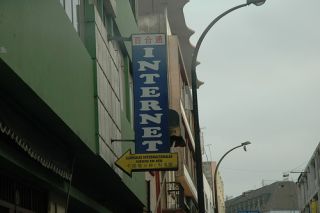 SAN JOSE, CALIF.: Internet video traffic will exceed peer-to-peer for the first time this year, according to the latest forecast from Cisco. The IP router maker predicts that video will account for 91 percent of global consumer Internet traffic by 2014, driving a four-fold increase.

“Improvements in network bandwidth capacity and Internet speeds, along with the increasing popularity of HDTV and 3DTV are key factors expecting to quadruple IP traffic from 2009 to 2014,” Cisco said today in its Visual Networking Index forecast. In quantitative terms, global IP traffic is expected to reach nearly 64 exabytes per month in 2014--equivalent to 11.8 billion DVDs, 15.7 trillion MP3s and 295 quadrillion text messages.

HD and 3DTV traffic alone will increase 13-fold between 2009 and 2014, according to Cisco. By then, 3D will account for 4 percent of Internet video traffic, and combined with HD--42 percent. All global Internet video traffic will surpass global peer-to-peer traffic by the end of 2010, Cisco said, marking the first time P2P isn’t the largest traffic type in a decade.

Ever-faster download speeds are also driving online traffic. In 2000, the average download speed was 127 Kbps, compared to the current average of 4.4 Mbps.

More than 1 billion people will be using video online by the end of this year, Cisco said. “This number is exceeded only slightly by the populations of China--1.3 billion--and India--1.1 billion--making this user group equivalent to the third-largest country in the world.”

Consumer traffic will continue to grow compared to business traffic. Consumer use is pegged at around 79 percent of monthly traffic now, with 87 percent projected for 2014. Mobile broadband will grow 39 times between 2009 and 2014 when it reaches 3.5 exabytes per month.

North America will be the biggest generator in 2014, with 19 exabytes per month. The Asia Pacific region is next, with 17.4 exabytes, followed by Western Europe with 16.2 and Japan with 4.3. Latin America will log the fastest growth with a 51 percent compound annual growth rate, followed by the Middle East and Africa with 45 percent, and Central Europe with 38 percent.
-- Deborah D. McAdams