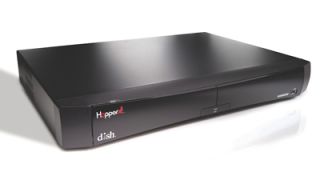 ENGLEWOOD, COLO: As expected, three out of the four major broadcast networks filed lawsuits against Dish Network and its Hopper DVR that allows viewers to automatically skip TV ads. Hopper includes an “Auto Hop” feature that edits out commercial breaks for those subscribing to Dish’s Primetime Anywhere service that provides on-demand programming from the four major broadcast networks.

CBS, Fox and NBC all filed separate lawsuits against Dish, seeking to stop the service, and claiming that Autohop violates copyrights as well as Dish’s contractual obligations to the networks. They also claim that the service could threaten the financial viability of program creation.


“Advertising generates the revenue that makes it possible for local broadcast stations and national broadcast networks to pay for the creation of the news, sports and entertainment programming that are the hallmark of American broadcasting,” said NBCUniversal in its lawsuit filed on behalf of NBC Studios, Universal Network Television, Open 4 Business Productions and NBC Universal Media. “Dish simply does not have the authority to tamper with the ads from broadcast replays on a wholesale basis for its own economic and commercial advantage.”

In its lawsuit, Fox accused Dish of “stealing” its broadcast programming and creating a “bootleg” video on demand service. “Dish is undermining legitimate consumer choice by undercutting authorized on-demand services and by offering a service that, it not enjoined, will ultimately destroy the advertising support ecosystem that provides consumers with the choice to enjoy free over the air, varied, high-quality primetime broadcast programming,” the network said. Fox is asking for compensatory and statutory damages, costs and attorney's fees.

CBS, in a statement said that the “service takes existing network content and modifies it in a manner that is unauthorized and illegal. We believe this is a clear violation of copyright law and we intend to stop it.”

In response, Dish network filed a countersuit against the networks, noting that broadcasters already take in “billions” in retrans fees and acknowledging that Hopper is just a new way for consumers to avoid commercials, something they have been doing since the invention of the remote control.

“The lawsuits filed by the networks essentially argue that ‘consumers must watch commercials,” Dish said. “We find that proposition absurd and profoundly anti-consumer.”

“Ordinary consumers are in its crosshairs,” the organization said, “while Fox demands technological stagnation from innovators.