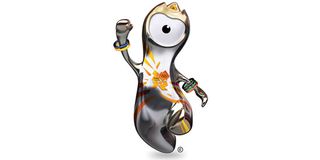 WHAAAA?: A lot can happen in seven days… the Olympics opened, NBC ticked off nearly everyone, a TV pirate turned into Robin Hood, broadcasters sort of started publishing ad rates and lo and behold… mobile DTV was kind of launched.

Rumors of mobile DTV have circulated for years, evading observers like aliens hiding from SETI. Now, MetroPCS has nailed down an ET with the new Galaxy S Lightray 4G, the first commercially available smartphone that picks up TV signals over the air. Woot!

Boy, I bet the folks at Aereo are quaking in their boots now. Aereo’s the outfit trying hi-jack mobile DTV by siphoning broadcast signals out of the air in New York and reselling them to iPhone users. Aereo’s offer has proved so massively popular that the company this week resorted to giving it away for an hour a day to see if anyone cares. Now that MetroPCS is launching mobile DTV, Aereo will surely…

MetroPCS, you know—sixth largest wireless service provider in the United States, with 9.5 million subscribers? Well, yes, Verizon and AT&T have around 212 million subscribers combined, but… OK, I know, I know. MetroPCS is miniscule by comparison, but it’s still, um, in business. Besides, who wouldn’t want a cellphone that picks up TV signals? Not all TV signals, of course, because broadcasters can’t agree on the color of the sky, now, can they. So naturally, only a consortium of stations will be available on the Galaxy S Lightray 4G with a list price of $459 plus tax. Hmm… I wonder how that other mobile DTV consortium is doing with their iPad receiver dongle. (First of all, please consider calling it something other than a “dongle.”)

In other news this week, 1 billion people watched the Olympics Opening Ceremony, the Los Angeles Times noted, or maybe it was 1 million people subjected to the highlights 1,000 times. We don’t know, because numbers are fluid, as is time. There’s prime time, Twitter time, Facebook time, AP News time, but not real time—at least not in the United States—unless you can weasel into the BBC’s website through a proxy server, International Business Times tells us.

That is because NBC won’t let you watch its live streaming coverage unless you’re a cable subscriber. That is correct—if you are a loyal over-the-air viewer who watches only broadcast networks like NBC, you are locked out like a mud-caked terrier. And because NBC was paying zero attention to the last Oscar telecast, the network honchos had no idea that results would be instantly shared across social media platforms, diminishing the viewing excitement factor to approximately “meh.”

Olympics broadcast rights are expensive. NBC wants to keep the hot heats in prime time, and perhaps rightly so. But the network’s refusal to clarify the airtime delay incited nuclear Twitterage. Twitter, being all aflutter about its new romance with NBC, cracked down on the critics by kicking some guy off of his account for publishing the widely published email address of an NBC executive. (Yahoo! Sports has that one.) Twitter later backtracked, but not before making itself and NBC look like evil corporate overlords abusing the masses. They would have been better off claiming it was a new Olympic sport: Toddlers With Hammers.

Elsewhere in the news, we had the launch of the FCC’s Public Inspection file database. Initial observations indicate that it A) provides further evidence that the brains of developers and researchers are as functionally far apart as can be found in a likewise species, and that B) TV stations concerned about competitive access to it don’t have a lot to worry about.

The FCC required TV stations to start posting their PI file documents online to provide easier public access. Up to now, the public had to drive to a TV station’s main studio and request access to its public inspection file.

There is rich information in the new database for those who can get to it, meaning anyone with an automated digital sieve that feeds the data into a spreadsheet. Otherwise, the site is like playing Asteroids in reverse. Finding a single useable document may involve clicking through at least a dozen folders, often more. Finding a document, then getting it to open or download, takes approximately as long as getting in the car and driving to a station’s main studio and asking for it.

Maybe this is the FCC’s way of promoting mobile DTV. Take that, Aereo.