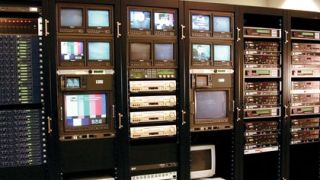 There are plenty of similarities between designing a Webcast facility and designing a broadcast facility, but there are also many differences that require careful consideration.

Historically, broadcasters are more familiar than Webcasters with a technical facility’s power and environmental requirements. Webcasters are not quite as familiar with electrical or HVAC issues, for example, and most have never had experience in broadcasting. On the other hand, most broadcasters have minimal background encoding multiple simultaneous streams of content, which, in modern Webcast facilities, can number from at least 10 to as many as 500.

When considering the construction of a Webcast facility, planning is crucial to make sure everyone is headed in the right direction. A business plan defines where a Webcaster’s business is today and where it wants to go in the future, and ensures that the facility is off to a good start.

Of course, the bulk of this planning comes down to economics. Of primary economic concern to a Webcaster is the cost of each individual information path or stream. In contrast to a broadcaster, who might transmit only one stream of information, a Webcaster might need to transmit 250 simultaneous streams. How much equipment should you dedicate to processing each stream? When considering this question, you must be both creative and conservative.

Webcast facilities generally use equipment identical to broadcast facilities up to the point where the data hits the encoder. Webcasters also often use traditional routing switchers, video processors and conversion equipment. For example, NaviSite.com, a 10,000-square-foot facility that has hosted many high-profile Webcasting projects, uses traditional A/V routing equipment to route standard analog signals to a digital capture machine where the signal is encoded in Real, Windows Media and QuickTime formats.

Webcasters often use unique routing equipment for monitoring and routing to multiple encoders from a single destination. Because facilities such as NaviSite are dealing with so many streams, they need to monitor each encoding process from a single location. This monitoring process is simplified using a centrally located PC, keyboard and mouse.

Broadcast facilities are designed so that all measurements, signal testing and confirmation of quality are performed before the signal hits the transmitter. Webcasting, on the other hand, is unique in that test and measurement takes place after encoding.

Differences are also found in the area of noise reduction. The data streams used by Webcasters operate at a much lower bit rate than those used by broadcasters. Unlike broadcasters, Webcasters cannot encode high-bandwidth chroma and luminance signals, so the Webcaster’s encoder can work with a lower bit rate.

Automation is more sophisticated in Webcasting than in broadcasting, and is necessary for efficiency. Since Webcasting involves multiple streams, there are many more devices to be controlled. In a manual bay system, 15 to 20 people would be required to manage 200 streams of content. Traffic and scheduling systems are more complex, as well. Real Broadcast Network (RBN), for example, broadcasts 3000 streams per day. To streamline operations and improve efficiency, each operator in this facility has complete control of all RBN operations from his or her desktop workstation.

Perhaps the most substantial difference between the broadcasting and Webcasting facilities is future expansion. Growth in broadcasting is certainly more predictable than in Webcasting, where explosive growth can happen at a moment’s notice. Traditionally, there is a 30 percent growth factor figured into the construction of a new broadcast facility. In Webcasting, the growth factor considered in initial implementation often approaches 300 percent. Obviously, planning ahead of time for facility infrastructure growth is a must. This covers everything, particularly real estate, HVAC, electrical issues, router upgrades and satellite expansion.

The key in designing both types of facilities is to plan for the greatest projection, build for current needs, and set milestones for growth so you can forecast the upgrade. With a Webcast facility, it comes down to the design of one path. Everything in a Webcast facility goes through the same path, so, whether the streamed content is created originally within the facility, taken from pre-recorded material, or from a satellite, everything goes through the same path before hitting the encoder. This is a much simpler process than in a broadcast facility. In a Webcast facility, you simply multiply the initial path. This means you can pre-wire a facility for growth and easily add those devices to the path when needed.

The most pertinent components for expansion are always related to patching and routing. A router must have the flexibility, overhead and real estate to integrate the equipment necessary for expansion. That makes the planning of rack space very important. In a streaming facility destined for growth, it’s absolutely vital to leave a sizeable amount of empty rack space to accommodate expansion in a hurry.

Broadcast facilities, historically, aren’t blessed with a tremendous amount of real estate, which makes growth more difficult. In addition, they have much larger operating systems. In Webcasting, everything is controlled from a PC, so moving dedicated control panels and monitoring devices around is not an issue. Expansion needs to be simpler in Webcasting because of the potential for explosive growth. Webcasting technology has proved to be a positive for the broadcast industry in terms of growth because manufacturers continue to develop better and more efficient control systems.

Mark Siegel is vice president of business development of DST.