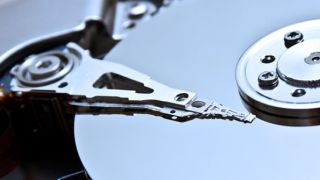 Infoweek writer, Paul Venezia wrote in his January 14th column that storage would soon evolve into “…a world devoid of the painfully outdated yet ubiquitous spinning disk.”

Yep, and the familiar phrase, “Tape is dead” has been bandied around for 25 years, but folks like Spectra Logic, Quantum, FOR-A, IBM and others make a living by selling hundreds of millions of dollars of that so-called “dead” technology every year. And content providers including major-league baseball, ESPN and virtually everyone with a library larger than a few thousand hours still rely on tape for long-term storage.

I believe Venezia is too quick to write off spinning disks as an effective storage medium. He suggests it would be far better to even forgo the entire concept of “local storage”.

Um, I’d like to say something about that, “No friggin’ way”.

I’ve written plenty about the perils of local storage, disk crashes and data loss. But that pales in comparison to pitching all your content into the cloud and then realizing that you no longer have any control over where/when/how it’s used. Before you store your precious new 13-part series on Amazon’s EC2 or Microsoft’s SkyDrive, better read the SLA. See who has access to that content and who can peek into your backroom.

Then you might want to read up on the litany of cloud failures. Internet search the term and you’ll develop cold shivers about safe is your cloud-based content.

Venezia’s visioned future isn’t “a bunch of hot-swap disks eating up rack units and expelling a lot of heat”. Instead he believes users will rely on a “1U device that provides sufficient storage capacity, along with high performance and high reliability, and functions as a set-and-forget appliance.”

Hold on, wait a minute. Exactly what’s behind that 1RU device that actually holds that content, maybe a water bucket? He never fully explains. Watch my other hand.

One shouldn’t be too directionally optimistic when it comes to technology. Solutions have a funny way of changing course when science offers better options. Who knows how we’ll store bits 25 years from now? Certainly not some tech writer—including me.

How to you think video will be stored by the time you retire?