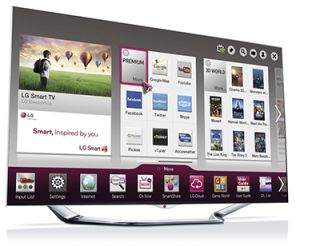 WASHINGTON -- Dueling data is the lifeblood of politics and new media technology.

The self-serving research and resultant promising forecasts keep campaigns (and contributors) excited in one case; and for media and advertising futurists, the analyses reinforce their visions and reassure investors.

Hence, a recent spate of studies about viewers’ appetites for TV multitasking should be keeping everyone satisfied. There’s clearly a growing audience for multitasked media consumption, especially among valuable young viewers. This process includes “social TV” which engages viewers as they watch a show. Advertisers are salivating at the opportunity to trigger T-commerce (“television-commerce”) transactions via the real-time “smart” experiences

And that’s where the upbeat, but divergent, findings raise questions about exactly how or if this idea will work and whether the various systems can coexist in a fragmented market.

During the past few years, two distinct interactivity concepts have evolved:

• The “two-screen” approach in which televised content is coordinated with auxiliary material that viewers access via a smartphone, tablet or other handheld/wireless device.
• The “smart TV” method in which video apps appear directly on the big, flat-panel display screen, either as visual overlays, picture-in-picture images or paused-video interstitials. The perceived value is that on-screen interactivity doesn’t distract audiences away from the TV screen itself.

While the recent research can demonstrate the value of each system, there is clearly no definitive finding that has convinced advertisers or program developers to optimize content for either approach. Nonetheless, thanks to the growing number of projects using one or both tactics, the industry may learn a lot this year about the appeal of each format.

In fact, 2013 may be the year in which the TV community figures out where to focus its multiplatform concentration.

Fig. 1: Graphic shows when viewers are chattering about TV. Source: CTAM 2012.
Inevitably, the studies concur that viewers are opting for auxiliary “social” activities while watching TV. “How Chatter Matters in TV Viewing,” the first phase of an ongoing research project being conducted for Cable & Telecommunications Association for Marketing (CTAM), found that 70 percent or more of enabled viewers “chatter” about a TV program or commercial while it is playing or right after it runs. More than 80 percent of viewers “talk” about the show via their social TV apps the following day or afterwards, mostly via handheld devices. (See Fig. 1)

For now, viewers’ attention is focused on the second screen--as confirmed in an avalanche of year-end research reports. Nielsen, as part of its new alliance with Twitter, reported that as of November, the overall growth of social TV chatter on Twitter zoomed up 800 percent over the previous year, fueled largely by the summer Olympics. But every month saw a doubling of second-screen usage over the 2011 levels, according to the Nielsen-Twitter report.

A report from Shazam, a second-screen enabler, claimed that viewers who used Shazam had a higher recall of a commercial and its message. This study, conducted by Frank N. Magid Associates, found that viewers using Shazam were “three times as likely to interact with the brand” compared to viewers who did not use the second-screen software.

Again, these reports emphasize that today the overwhelming factor is interactivity via smartphones and tablets. Yet, TV makers expect that their next-generation “smart TVs”—loaded with apps—may encourage viewers to keep their eyes on the big screen. Fundamentally, that’s the concept behind the “triggers” plan being rushed through the Advanced TV Systems Committee, as described in my column last month (Multiscreen Views, Nov. 19).

At the recent International CES, the revivified Google TV—exemplified by LG Electronics’ big promotion—focused attention on the TV as the centerpiece of the interactive experience. LG’s “Home Dashboard” for its TV models combined Google’s latest platform and LG’s redesigned “Magic Qwerty Remote” to enhance viewers’ ability to interact with TV content, as LG described it.

Samsung’s “Smart Hub” featured a “simplified” user interface. Additional features were expected from Sony and other TV makers at CES, which opened after our press deadline.

But with all these advancements in “smart TVs,” there’s a marketplace challenge. Of the 25 million U.S. homes that already have some sort of Internet-connected “smart TV,” barely half (about 12 million) are using the features available to them, according to NPD Group’s latest study. A follow-up analysis by One Touch Intelligence for the Council for Research Excellence called the lack of TV on-screen interactivity, “a conundrum no one industry has been able to solve.”

Separately, another Magid survey for YuMe (a digital advertising provider) indicated that a wave of new customers expressing the intention to buy smart TVs expect to use its interactive features. This Magid study concluded that 54 percent of respondents prefer free, ad-supported content across all screens.”

And that supports yet another Magid study, “The Two-Screen Television Marketplace,” issued last month. In it, Magid characterized the scores of “competing start-up ‘simulscreen’ projects as a barrier to advertisers, cable operators, broadcasters and consumers.” Magid cited the accelerating growth of simulscreening (multitasking via tablet or smartphone while watching TV) and recommended immediate efforts to establish a standardized system that will become familiar to two-screen users.

“Lock ’em in now,” said the report, citing the expected growth of new users during 2013. “23 percent of smartphone intenders and 57 percent of tablet intenders will be new to the platform,” said the Magid analysis. “The time to build relationships and capture these uncommitted users is now.”

While “locking ’em in” may be a great objective, the TV industry infrastructure still sees opportunities in its own hardware. An Infonetics Research project about video-ondemand and set-top box technology envisions a strong 2013, especially for products that provide streaming delivery and enhanced video services. Much of the Infonetics’ study focused on the growth of Internet Protocol TV delivery, which would enable more on-screen interactivity.

So, as usual, the conflicting analyses plus the hopeful (“wishful”) thinking of interactive providers raise more questions than they answer. As the reports hurtle forward, advertisers and program producers will continue to dabble in the various platforms and trumpet whatever successes they encounter. For the rest of us, it’s going to be a year of waiting for the right formula to emerge or re-emerge or co-exist in a multiscreen world.