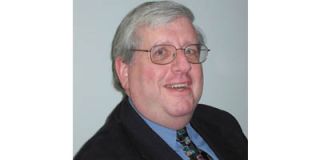 Continual Partial Attention (CPA) is a term that has been trickling into the new media vocabulary for a couple years. It's both a bane and an opportunity.

And it's Standard Operating Procedure for the growing audience who simultaneously watch TV and tinker with their smartphones or tablets, which is up to 80 percent of viewers according to a new Razorfish study.

CPA means they are refocusing intermittently toward the content—and the screen—that most engages them at that moment. Leaving aside attention deficit and advertising retention implications, CPA requires new ways, literally, to look at programming and delivery.

One opportunity involves encouraging viewers to use the second screen for content that reinforces what they're watching on screen #1. Fundamentally, that's the concept behind the new "ConnecTV" social TV venture involving nearly a dozen big broadcast groups.

The challenge comes in creating experiences that enhance, not distract, from the viewing experience. Achieving such unity requires synchronized content development, a complex process for programmers and especially for advertisers in the DVR and VOD environment.

Just to confuse the linguistics aspect of this process, Cox Communications last month unveiled "TV Connect," its service to deliver video content to tablets, although the delivery will not necessarily be simulcast with real-time programming.

Despite the name similarity to ConnecTV, Cox's TV Connect—like the cable industry's languishing "TV Everywhere" initiative, Verizon FiOS's "FlexView" and AT&T's U-verse subscription TV app—is aimed at viewers who expect to see "what" they want, "how" they want, not just "where" and "when."

For more than two years, the role of handheld/wireless video has been on an exponential tear. Last month, in its first VideoMind report, Ooyala Inc., a Silicon Valley online video management and analytics consultancy, said that tablets generate a "significantly higher level of engagement" for online video viewing. Specifically, 48 percent of tablet viewers watch at least three-quarters of a video stream once they start, compared to 20 percent of desktop viewers who last that long through a video.

All these study results are reminders that we're still just beginning to understand—and figure out how to deliver content to—the fast-emerging multiscreen, multitasking, multiplatform ecosystem.

The implications have even rippled into the policy-making world. The Technology Policy Institute, a Washington think-tank, issued a report in November titled "What Are We Not Doing When We're Online?"

Among its findings: the amount of time spent watching traditional TV has increased 22 minutes per month during the past year. That is a pittance compared to time watching online video, which has increased by more than an hour per month.

The report especially emphasizes the ways in which audiences are shifting between passive viewing and active digital behaviors, especially social networking, a fundamental part of the multiscreen experience.

For the record, simultaneous TV and online connections are hardly a new phenomenon. The first known example came in March 1996 during the boxing match between Mike Tyson and Frank Bruno. Showtime, which telecast the event, decided to offer viewers the chance to score the boxers via its then-relatively new website.

Showtime researchers expected fans to enter their numbers at the end of each round when they ran from their TV set to the room where their computer was located. To Showtime's surprise, viewers' scoring was done with almost every punch, indicating the TV set and computer (with its dial-up connection in that era) were in the same room—a surprising and important finding.

Subsequent research confirmed that nearly two-thirds of homes had such computer/TV set co-locations back then. Today, with wireless connectivity, the simultaneous viewing option is nearly universal.

The role of tablets will soon become even more intense. By 2014, according to eMarketer, 90 million Americans (36 percent of all Internet users, nearly 28 percent of the total U.S. population) will be using tablets. Apple's iPad, which now has an 85 percent tablet market share, will still be dominant, with two-thirds of the 2014 tablet audience.

Nielsen is field-testing a system to measure multiplatform viewing, seeking details about how audiences use the tablets in conjunction with DVRs, Web services and conventional linear TV. Nielsen and its clients also want to know how multiscreen-use affects C3 ratings (time-delayed viewing).

Using these measurement tools, content providers will develop tactics to deliver more programs to tablets; and advertisers will accelerate their interactive advertising ventures.

An example is Ad-ID, the advertising identification and management project run by the American Association of Advertising Agencies and the Association of National Advertisers, and Canoe Ventures, a similar consortium for the cable TV industry.

Also in development are tools to help viewers find what they want to see. Program discovery tools—such as Google's video search functions and the IMDB (Interactive Movie Data Base) app for the iPad—are harbingers of what will be available to steer viewers to what they want to see on, as Nielsen calls it, "the best available screen," and in many cases, screens.

That should get viewers' attention, partial or otherwise.

Gary Arlen is president of Arlen Communications LLC, a new media research firm in Bethesda, Md. He can be reached at GaryArlen@columnist.com.