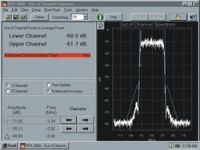 JOHNSTON, IOWA:Anyone who has been involved for any length of time with the DTV transition has recognized that expectations for the final product were issued long before any real evidence was given as to what would be required of the broadcasters, manufacturers and consumers. It is therefore no surprise that a lot of the fine details regarding DTV are still under some discussion and development.

In the mid-to-late-1990's, I was working for Lee Enterprises at the company's CBS affiliate in New Mexico, and functioning as the "pseudo director" of engineering for the station group. I was tasked with putting together a projected budget for converting all the Lee properties to DTV.

That process involved many conversations with manufacturers getting prices and specifications for equipment that even at that point were still essentially computer simulations and prototypes, with real hardware maybe months or years away.

But that May 1, 2002, deadline was looming large and there was a lot of tough talk coming out of Washington which resulted in the 2006 shutdown date for analog television broadcasting. I don't think any of us believes that we'll be pulling the plug on analog television on New Year's Eve 2006, although many of us would love to do it. It is a simple fact that the rhetoric of digital television has far outpaced the science and implementation of digital television.

(click thumbnail)Mask failure display on RFA
So what has this got to do with RF monitoring and measurements? Quite a bit really. You see, in the push to get stations on the air, an awful lot of detail work was glossed over, and as a result we're trying to fix some things post-implementation. A couple of years ago, I was asked by the IEEE Broadcast Technology Society to reconstitute the RF Standards Committee to finish the work on DTV transmitter performance measurement standards.

The work had originally begun in the early '90s, but had stalled because much of the technology that the committee tried to write standards for was changing between committee meetings. The proposed contours changed because receiver carrier-to-noise ratios moved, replications of service power requirements changed, the FCC switched from 50/50 to 90/10 contours, the DTV mask was released and then revised, and we all began looking for the magic scope that had a dynamic measurement range of 110 dB, and so on. The committee went dormant waiting for the winds of change to die down. Time went on and we all got busy with the process of building DTV stations without giving too much thought to the idea of measuring the performance of the station.

I didn't give this whole process too much thought myself until 2000, when IPTV installed its first Harris DTV transmitter in Des Moines, a CD3260P2 two-tube IOT transmitter. The install of this transmitter went fairly well, but during the performance measurements, our engineers noted a problem. When measuring the mask compliance using the Tektronix RFA-300 that was part of our Monitor Plus package, the RFA showed an adjacent channel mask failure. A close look at the 500 kHz lower shoulder showed that the lower sideband infringed on the shoulder a couple of dB above the required -47 dB line. Of course we pointed this out as a transmitter performance issue, but the field engineer indicated that the scope mask was wrong. A little research indicated that whether or not the problem we were seeing was a violation determined how the mask performance specifications were interpreted. It was the tracking of this problem that probably got me involved in the RF standards activity.

During this past summer, I was able to get Tektronix and Rohde & Schwarz to come to our transmitter site in Des Moines with the latest versions of their 8-VSB measurement devices for a demonstration and discussion regarding the measurement procedures employed. I was joined by Greg Best, a consulting engineer and member of the RF Standards committee as well as Ed Miltner and Mike Gruca, transmitter engineers for IPTV.

We set up both the RFA and EFA (Tektronix and Rohde & Schwarz, respectively) and proceeded to measure the performance of the Harris transmitter. The purpose of meeting at our site was not to do a measurement box shoot-out to determine which box is the best performer, but instead to come up with some recommended practices for making and interpreting measurements based on whatever system is being used.

We saw advantages and tradeoffs in both measurement packages, depending on the types of measurements being done. Greg Best and I are still working on the report for the committee, so I won't go into too much detail, but I would like to point out some general observations.

The first measurement I was most interested in was, of course, the mask compliance since the transmitter at KDIN (IPTV's Des Moines station) was not compliant according to our RFA300. Looking at both boxes making the same measurement simultaneously, I noted that the waveforms were identical and both showed the incursion into the lower shoulder at the same point.

From that, we concluded that the waveform was correct and that the incursion was real. However, the RFA showed this to be a violation and the EFA did not. The same empirical data presented to both devices resulted in different interpretations, so which one was right?

This was where we took our first break to talk about the design philosophies and interpretations. It turned out that the RFA looks at the 500 kHz shoulders and if any signal peaking in excess of -47 dB appears, the mask compliance fail flag turns on. The EFA, on the other hand, averages the power over the full 500 kHz of the shoulder and thus the slight incursion that we had was interpreted as insignificant.

The FCC position on this from FCC 98-24 (Memorandum Opinion and Order on Reconsideration of the Sixth Report and Order) states "...in the first 500 kHz from the authorized channel edge, transmitter emissions must be attenuated no less than 47 dB below the average transmitted power."

From this rather broad statement, it was easy to see where some confusion could occur. Both the Tektronix and Rohde & Schwarz representatives agreed that the more practical method would be to use the total 500 kHz shoulder average rather than a peak since an occasional peak in the shoulder isn't going to amount to anything in terms of interfering with an adjacent channel.

However, eliminating the ambiguities in how measurements are made and interpreting the results is critical since the FCC will still require that a facility operate within the confines of the rules.

One other interesting factor in measuring mask performance is the need to understand that the true performance of the system cannot be made under power. There are no available scopes that will measure a full 110 dB of dynamic range. Both the RFA and EFA use the manufacturer's data from the mask filter to create the display and correct the actual measured signal. Therefore, when verifying mask performance, we're relying on the stability of the filter and accuracy of the measured data.

We're dealing with a large, high-powered filter, the performance of which will change over time and with environmental conditions. In order to ensure accuracy of the measured data displayed on either device, it is necessary to maintain a stable environment for the filter and to measure the actual filter performance, which can only be done out of service and with more hardware than most stations have. This will probably involve hiring a consulting engineer, which may not go over well with the general manager.