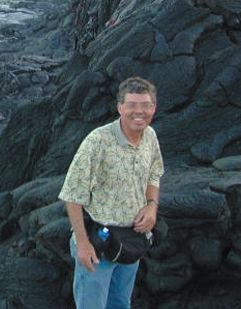 Over the past year I’ve been writing about potential transmission standards for a nextgeneration broadcast platform (NGBP). The most promising standards are all based on orthogonal frequency division multiplexing (OFDM), specifically “Coded” OFDM (COFDM). This month I’ll take a closer look at the basic technology behind COFDM.

OFDM uses multiple carriers—some of the newer standards support up to 32,000 carriers per channel—unlike the current VSB modulation. With VSB a single carrier is modulated with data at a high symbol rate. In an OFDM system, the data is distributed across thousands of carriers, with each carrier operating at a very low symbol rate. Fortunately, it isn’t necessary to use a separate modulator/demodulator for each carrier.

Orthogonality is the key to easily generating and demodulating a COFDM signal. This is accomplished by generating a signal with carriers that are evenly spaced by precisely the reciprocal of the active symbol period over which the receiver integrates the demodulated OFDM signal, making it easier to demodulate the individual carriers.

The best explanation I found on how this works in practice (with the math to support it) is in the tutorial “The how and why of COFDM” by J.H. Stott at BBC Research and Development. He writes, “More intuitively, what this represents is a common procedure of demodulating a carrier by means of multiplying it by a carrier of the same frequency (‘beating it down to zero frequency’) then integrating the result. Any other carriers will give rise to ‘beat tones’ which are at integer multiples of ωu. All of these unwanted ‘beat tones’ therefore have an integer number of cycles during the integration period Tu, and thus integrate to zero.” In these examples, ωu = 2π ⁄ Tu.

Stott continues, “Hence, without any ‘explicit’ filtering, we can separately demodulate all the carriers without any cross-talk, just by our particular choice for the carrier spacing. Furthermore, we have not wasted any spectrum either. The carriers are closely packed so they occupy the same spectrum in total as would a single carrier—if modulated with all the data and subject to ideal sharp-cut filtering.”

GENERATING/RECEIVING
OFDM An inverse fast Fourier transform (IFFT) is used to generate the COFDM signal. The modulation process involves some complex math. Fortunately, digital signal processing chips are available to handle the computations. In an OFDM transmitter, the digital data is sent to a serial-to-parallel converter. Each of the output signals corresponds to one carrier and is a complex value representing the location (amplitude and phase) of the bit in the QPSK or QAM constellation.

This complex data is sent to the IFFT, which is then sent to a parallel-to-serial converter connected to a digital-to-analog converter. After applying low-pass filtering, the OFDM is ready to be converted to the RF channel (if needed), amplified and sent to the antenna.

The receiver takes the IF frequency from the tuner and, after applying low-pass filtering, sends it to an analog-to-digital converter. The output of the A/D converter goes to a serial-to-parallel converter and then through a DSP performing a fast Fourier transform (FFT) to convert it back to complex digital data.

At this point, an equalizer can be added to reduce multipath fading before the parallel data is converted to serial data and sent to the digital demultiplexer/decoder.

Practical COFDM systems have to consider the propagation path between the transmitter and receiver. There is likely to be multipath. A zero dB echo will cause a ripple in the pattern where carriers will be completely attenuated. In other cases, even those without a zero dB echo, symbols from one path can interfere with symbols arriving at different times over longer or shorter paths, introducing errors.

OPTIMIZING OFDM PERFORMANCE
Mobile reception creates another problem. As the vehicle moves, the carriers will be “smeared” due to Doppler shift from rapidly changing path lengths in a Rayleigh (non-line-of-sight) environment.

COFDM handles these problems in different ways. Coding helps with the zero dB echo case. It spreads the data over multiple carriers. Receivers use channel state information (CSI) to give more weight to data from carriers with high SNR, allowing reception even in this difficult environment.

Multipath interference is handled by adding a cyclic prefix, which takes data from the end of the symbol period and inserts it before the start of the data. Any multipath signals offset up to the length of the cyclic prefix will not cause interference. Since the cyclic prefix data is using space that otherwise could have been used for unique data, there is a trade-off between the amount of delay a COFDM signal can handle and the amount of data it can handle.

The problem of Doppler shift in mobile reception is usually handled by reducing the number of carriers, providing wider spacing between carriers.

All of these “fixes” interact. Finding the right mix of cyclic prefix, number of carriers and coding is one of the challenges engineers face in designing a COFDM transmission system. Engineers also have to consider the modulation of the carriers (QPSK, 16-QAM, 64-QAM, 256-QAM, etc.), and the number of “pilot” carriers used to make it easier for the receiver to acquire the signal and correct for the propagation environment.

Next month, in Part 2 of this article, I’ll provide some examples showing how these parameters can be varied with a 6 MHz COFDM transmission system that might form the basis for the U.S. next-generation broadcast platform.

Comments are welcome! E-mail me atdlung@transmitter.com.