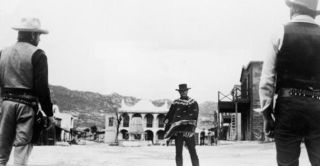 WHADDYA, KNOW: This will take a circuitous route to a point about receiver standards, starting with quote from the “Middle Class Tax Relief and Job Creation Act of 2012.”

It reads as if Dr. Evil wrote a novel intended to make heads explode. Laws are written expressly so that only lawyers can decipher them and then argue about the translations in court so as to make fistfuls of dollars. As far as I can discern, the “Middle Class Tax Relief and Job Creation Act of 2012” is actually the “Spectrum for Stuff” bill, which we all know is not a new concept. Congress regularly pretends to raise revenue by auctioning spectrum in order to pay for something. It will be interesting to see what the august body does once it finally peddles off all the TV spectrum.

The aforementioned bill, signed this week by President Obama, is the one authorizing the Federal Communications Commission to auction off TV spectrum for wireless broadband. The impetus for doing so was the National Broadband Plan, a hefty white paper introduced two years ago by the wireless and consumer electronics industries through the FCC chairman’s office. Wireless providers want to monopolize spectrum so they don’t have competition for mobile video delivery. Consumer electronics makers support them because they can’t sell any more TV sets, while at the same time, they need to mine a landfill on the moon to cope with handset turnover.

The white paper’s justification for claim-jumping the TV spectrum is the explosion of bandwidth consumption by ever more data-hungry smartphones. Anyone who’s ever heard FCC Chairdude Julius Genachowski utter a word since he unveiled the white paper is familiar with his “looming spectrum crises” rhetoric. Not today, he’s admitted, but in the future, when I’m back in the private sector developing wireless broadband start-ups.

Nothing wrong with that per se--we’re all gaga over start-ups, even if just they just make six people gargantuanly rich. That is, after all, what we’re all after. But it becomes a bit dodgy when the federal government goes to such great and disingenuous lengths to disenfranchise the many for the benefit of the few.

But wait, broadcast industry opponents say. Aren’t broadcasters the rich and powerful few disenfranchising the rest of the country from having ubiquitous wireless broadband? Only they won’t say it quite like that, but the point is worth examining. Just 10 to 15 percent of U.S. households rely exclusively on over-the-air television. There is some evidence of cord-cutting--i.e., people ditching pay service for free TV--but not to the extent to suggest that ratio will double anytime soon. And we don’t know much yet about the adoption rate of mobile over-the-air TV because where is it already?

Households that now rely exclusively on broadcast TV tend to be more heavily lower income, elderly and Hispanic. Meanwhile, 35 percent of American adults own a smartphone, according to the folks at Pew. As a collective, they tend to be “financially well-off and well-educated,” younger and... Hispanic. So whom is really disenfranchising whom, and for what reason?

The obvious answer is economics--certainly a viable one in the current job climate. Broadcast opponents say using the TV spectrum for broadband will create millions of jobs, and generate hundreds of millions in revenue. That’s likely very true. Government contractors will make out like bandits. Again.

While broadcasters use the spectrum under regulatory conditions rather than buying licenses at auction, they alone paid for the infrastructure to provide an information medium, free of charge, to everyone in the United States, regardless of age, ethnicity, income or education. Nothing about wireless broadband will be free, particularly the tax on everyone’s phone bill otherwise known as the “Universal Service Fund.” And anyone who believes service from the east side of the Shenandoah to the west side of the Sierra Madre won’t be heavily tax-subsidized should please pass the glue.

Economics aside, there’s also been debate about the best and most efficient use of the spectrum. The wireless contingent claims the high ground by saying it fosters innovation, and that innovation will save the U.S. economy. The iPad is used as an example, though tablet computers are not new, and I don’t know anyone doing anything with an iPad that can’t be done on a laptop. Be that as it may, the iPad’s employed a lot of rural Chinese and elevated Apple’s stock price, creating wealth in the United States that presumably but can’t be proved to create a job or two.

But nothing about the National Broadband Plan white paper is about the best and most efficient use of the spectrum, or it would have addressed... receiver standards. When broadcasters were told to carry high-definition video in 6 MHz of bandwidth, it was impossible. Now they can do it in 2 MHz. Because of innovation. Innovation born of no choice, but innovation, nonetheless.

If the wireless industry’s march to control the communications spectrum were truly about any sort of looming shortage, you can bet there would be voluntary work on improving receiver performance as of years ago. During the two-year debate leading up to this week’s spectrum auction bill, the issue of making handsets more bandwidth efficient came up approximately never.

Only now, when Congress has once again used TV spectrum auctions as an excuse to spend more money than it has, does it bring up the issue of receiver performance. In a wee section of the Seriously Misnomered Act of 2012, Congress directs the Comptroller General to conduct a study on transmission systems that includes “improving receiver performance as it relates to increasing spectral efficiency.”