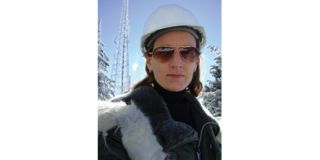 I don’t see movies in theaters as often as I once did. I still love the art form. The delivery system, not so much. The projection is too dark, possibly thanks to “Avatar.” I’m told theaters are leaving polarizing filters on the projectors even when showing moves in 2D. I don’t know if it’s that, they’re saving money on power levels, or using Maglights instead of xenon lamps. I do know that for a price of a movie ticket, I want that baby lit up like Fremont Street.

I would write it off as my eyes if they didn't work the same as always under other light conditions and if Hollywood types weren’t nodding their head in agreement. I’m surprised there aren’t more complaints, but to whom? The people boxing popcorn are probably not donning Hazmat suits to swap out lamps.

I’m not alone, however. Roger Ebert wrote about it; “The Boston Globe” covered it, but nothing came of the attention. I suspect that’s due in part to the insidious nature of the problem. Some movies are dark, for one thing, and Americans are used to having gradual product degradation thrust on them as a profit-squeezing ploy. It’s not as if we don’t notice. We do, and some of us opt out, but suppliers don’t care as long as revenues are up in the short term. Long term—that’s another story. Box office revenue peaked in 2009-10 and then fell last year despite continually rising ticket prices, perhaps because fewer tickets were sold than in each of the previous 15 years, according to “Box Office Mojo.”

Meanwhile, the motion picture lobby will howl about how piracy and copyright violation is threatening the industry’s very existence, when perhaps all along they just needed to suck it up and change a few light bulbs and lenses.