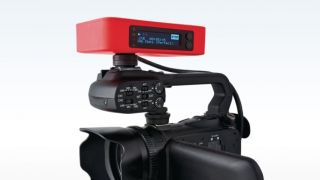 Okay, it’s a consumer product — not a professional-level bonded cellular system — it was shown at the Consumer Electronics Show (CES) in Las Vegas last week, and it costs only $495. But that doesn’t mean broadcasters won’t use it as super cheap method to send HD video wirelessly over Verizon 4G LTE cellular connections.

The new Verizon version of Livestream Broadcaster, introduced at CES, includes an integrated 4G chip on Verizon’s service. It can be paired with an array of video camcorders via HDMI and used to stream live high-definition video to any Livestream-equipped device over Ethernet, 5.4GHz WiFi or with a 3G/4G USB dongle. The unit will use UDP as its transport protocol.

The Broadcaster, which includes a more powerful internal battery than earlier models, can also transmit lower bandwidth 720p and 480i resolutions, while all video and audio encoding is done with H.264 and ACC, respectively.

The product includes a three-month subscription to Livestream's service, which usually costs an extra $45 per month.

Set to be available in April (around NAB time), Livestream Broadcaster can be used as a desktop device (without a computer) or mounted on a camcorder. It can also be controlled by an Apple iPhone with a software app.