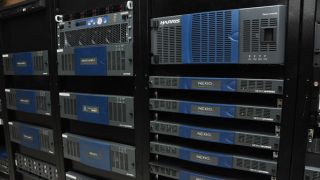 It sometimes seems that the broadcast industry is in full retreat from an onslaught of IP, file-based VOD and OTT services. At the same time, technology that enables so-called “lights-out operation” of playback facilities hardly indicates there will be a boom in the broadcast labor force. Consider these two factors together, and it’s easy to envision a future where a “broadcaster” is a lone 17-year-old serving as both on-air talent and the entire engineering department.

But what if we viewed change not as the dismal beginning of the end, but rather as opportunity? After all, the toppling of barriers between broadcast and IP is not a one-way street, and the very tools we’re implementing to make our operations more efficient can also be used to cost-effectively venture into new ways of delivering media.

In addition, local broadcasters possess a number of advantages over start-up service providers in the quest to profit in today’s overcrowded media market. The draw of a trusted brand is potent, and local TV station viewer loyalty should not be underestimated.

The macroeconomics of lights-out

So let’s start at the beginning: What exactly is required to go lights-out?

Adding an asset management system aids with automatic server ingest, preloading of graphics and building playlists. The loop between playout, traffic and billing needs to be tightly controlled to ensure ads are played and billed out. Having a tight, interoperable system design with quality monitoring tools can basically eliminate makegoods.

Speaking of makegoods, an essential part of a lights-out operation is a robust disaster recovery (DR) system. A good DR system backs up the complete chain, not just one device at a time, hence enabling quick and clean changeovers. Ideally, a DR system will rarely be used, making it the perfect vehicle for running 90 percent operational secondary and tertiary services — all new revenue opportunities.

The typical objective of implementing this kind of file-based, streamlined workflow is to automate tasks previously performed by operators to save time and money. But the same tools that enable lights-out operation can also enable the creation of different output versions at little or no extra cost. In many cases, the same content can be used with different playlists, and different playlists mean more advertising opportunities.

Figure 1. Use the disaster recovery chain to play out new revenue-making services.

With more and more consumers “cutting the cord” and watching various types of media from their Internet connections, having more channels on your digital multiplex is an ideal way to boost your product and services through the use of local advertising.

Consider a lights-out playout operation with full backup. (See Figure 1.) Two channels are 100 percent backed up, while two additional channels will be “bumped” in the case of a failure. Distribution of these extra channels can be in many formats, including OTA extra channels, mobile, OTT, Web streaming and closed-circuit targeted advertising or narrow-casting.

Key to the creation of new jobs is considering how and where secondary and tertiary channels are presented to customers, how the brand of the local TV station is used to draw viewers to these channels, and how the broadcaster can set about creating revenue opportunities from new sources.

The techniques used by national and worldwide brands can be equally applied to local call-letter stations to connect media outlets and advertising opportunities. In fact, local broadcasters bring a number of competitive advantages to the congested nonlinear world.

The power of television should never be underestimated, and local television even more so. In a world of information overload, local stations have the advantage of being trusted brands for news, sports and weather. Sure, people look to the Web, but even there, the local TV station’s site is often preferred in the pursuit of trustworthy information.

One reason is simply that consumers have become accustomed to the brand over many years of familiarity. Consumers also know that television is regulated, which adds a legislative layer of trust. In addition, television news organizations have earned a reputation for professional integrity, which attracts and maintains viewership. Hence, any stream of video branded with a local station logo has a certain strength that no start-up OTT service provider can rival.

Content rights are always a challenge, so the best way to fill secondary channels is to produce original content. Here again, TV broadcasters have advantages. First, they are already producing content on a regular basis. Second, they have an established platform they can use to direct an audience to their other services.

To take this further, think back to the 1960s when local stations produced many live shows. Later, we moved to taped productions, but all still done at the local TV station. Other than news, sports, weather and perhaps some local cooking segments, most of these local shows are all but gone. Amateurs are filling the gap by producing themselves and using the Internet for distribution, and in many cases, the quality of these programs is horrible. Local TV stations have the skills to produce high-quality segments; only the motivation to try new ideas has been lost. Local broadcasters have an opportunity to take this back.

Getting back to basics, what pays the bills? In the case of local television, it is advertising. Local businesses that advertise on television experience a greater awareness in the community, which typically relates to business growth or at least to steady revenue. The trick is to figure out how to provide more slots for local ads and take advantage of various emerging methods of targeted advertising.

Additionally, broadcasters can use the downtime at the station’s “lights-out” studio and remote crew to help shoot and produce local spots. We used to see this done live decades ago, but it was expensive when using tape and linear techniques. With newer technologies, these types of activities are no longer cost prohibitive.

So where are the jobs?

A local community college wants to advertise a newly launched course. A spot can be aired on linear TV by a local station that is operating lights out, automated and with very low staffing levels. But once the spot is aired, how do viewers obtain additional information? The parents might use the phone to request a prospectus be sent to them through the mail, but the kids will head to their bedrooms for a rich-media experience to fill them in on the details.

The local broadcaster with the new jobs these projects created, that’s who.

There’s no doubt that the media business is changing, but it certainly isn’t shrinking. With all the visual media being produced and consumed these days, the “YouTube Generation” is creating an environment where trust and brand have become massively important.