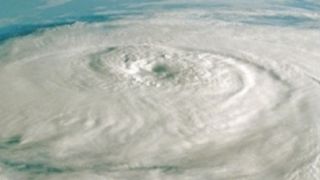 Hurricane Sandy not only continues to affect millions of people along the East Coast, but the damage done to the region’s cellphone tower infrastructure underscores the vulnerability of IP newsgathering technology to circumstances beyond the control of broadcasters.

In the wake of the superstorm’s path of destruction, 25 percent of cellphone towers in 10 states were knocked out of service and others remained operating on backup generators while utility crews worked to restore power, according to the Federal Communications Commission.

The cell tower outages underscore the role IP newsgathering should play as a complement to, but not a replacement for, traditional satellite and electronic newsgathering technology, says Del Parks, VP of engineering and operations for the Sinclair Broadcast Group.

“If cell service goes down, you have a problem,” says Parks, “but LiveU (the brand of bonded IP newsgathering system deployed by Sinclair) as an extension of traditional newsgathering puts you in places you couldn’t be.”

However, Parks says IP newsgathering has its limits. “A lot of the cell towers went down around New Jersey and New York,” he says.