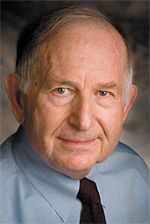 Recently, I was involved in a discussion about using a new 5,000-seat conventional proscenium theater as a location for a continuing weekly television event. Given the hundreds of television shows that have originated from "legit" theaters over many years, a lighting designer might assume that the methods for executing this kind of production were well developed and commonly known. Today's lesson: Never assume anything.

Looking at the drawing of the venue, I noticed that the location of the follow-spot booth appeared quite high. When we measured the elevation angle of a person standing on the furthest point downstage to the follow-spot location it revealed that the angle was 35 degrees. Horrors!

After recovering from this revelation, I went into my personal memory bank to review what has been learned over many years about adapting theater venues to television production. The most difficult issue to solve is the manner in which front light is to be obtained. The reality is that any of the typical mounting positions located in the "house" downstage of the proscenium are located quite a distance away.

In my example that started this discussion, the nearest of the two balconies—which could be a front lighting position, albeit a little "flat" in elevation—was more than 100 feet away. The second balcony was at a better angle—about 140 feet away at the center line to our point of reference, the downstage mark.

THE MAIN LIGHT IN FOCUS

Jumping ahead, let us assume that we decide that follow spots will provide the main front light for a production. This decision is intuitive if we are doing a musical event where the theatricality of a follow spot is a natural choice. (We will leave the use of fixed lights for a later discussion.) Through experience, I have concluded that the maximum elevation of our follow-spot location would be the angle whose height is one-half of the horizontal throw distance, (see Fig. 1).

For those of you who are trigonometrically gifted, it's the angle whose tangent of one-half is 26 degrees. This elevation of the follow-spot booth to the stage is true in many Broadway theaters. However, this angle of elevation is also very close to the practical limit for a flattering main light. If this angle is exceeded you will find that even the most gently sculpted face will age considerably and, as a result, you could be drummed out of the lighting designer corps. In fact, in the comfort of your studio where any elevation is obtainable, your choice of main-light angle will be much closer to half of this angle.

The follow-spot location in a typical Broadway theater (Lunt-Fontanne) It goes without saying that the safest choice for your follow spots would be to locate them on the center line of the theater. One of the more obvious reasons for this choice is that the camera coverage for the typical television event from a theater venue will be from two eye-level cameras located in the orchestra of the theater. These cameras would be placed back far enough to provide a wide-angle shot containing the theater proscenium frame.

Do not be surprised if you run into a theater venue in which the follow-spot angle is greater than my maximum value. If so, the follow-spot location may have to be located temporarily in the house itself, killing and blocking some prime seat locations. The spots may have to be located in an area created by building a platform over the seats or removing seats. You will also find that for most television shows the minimum number of units that you will need will be about 2.25 instruments. (This is a joke, friends, the thought being that the third unit is necessary for coverage, but will be underutilized.) Assume that the footprint of each lamp and operator is 6 feet wide by 10 feet deep.

Throw distance is also a consideration. Luckily, most theater follow-spot throw distances will end up being less than 150 feet. I consider this a maximum throw distance that ensures accuracy of spotlight "pickups" and lamp position stability. (No wobbling, please!) When throws are longer, the experience may not be a pleasant one.

One other warning: If your angle is close to the 1:2 ratio, the result will be quite contrasty. So don't forget to provide some fill light for the follow spot. Since we have chosen a center-line main light, the fill should be located symmetrically left and right of the center line. The dilemma is that there will be no way to use a traditional large close-up soft source, as close-mounting lighting positions do not exist and you also want a minimal amount of uncontrollable spill light. You will have to create a virtual fill source.

There is a trick that can be employed to disguise the fact that long throw sources are being used. Most theaters have side lighting positions—slots or vertical pipes located on the orchestra side walls. If you keep the ratio of main light to fill light higher than usual—say, 4:1—the job will be done and the shadow-casting behavior of these "fill" light sources will be masked. A pair of Par-64 or even a pair of ellipsoidal instruments with diffusion can work for this purpose.

Most long throw units available that have the performance for the application use a short arc source, a Xenon source being the most popular. Its small source size is paramount to obtaining the required performance—a high but constant intensity over the beam of the unit. The instrument's performance depends on the imaging of this "pinpoint" size and intensity of the arc. The spectrum of these arc sources is good enough for reasonable color balance.

Over the years, there have been attempts to use HMI sources. Some very usable instruments exist, but the larger arc size requires a larger lens in the output of the optical path. One positive result of using an HMI source over the Xenon is that the HMI lamp's contained pressure is less than atmospheric and will implode rather than explode (as in the case of the Xenon). Great caution must be used when changing Xenon lamps; a protective mask is mandatory.

The arc-discharge follow spot must be corrected to match the color temperature of the illuminant. In most cases, this would be that of an incandescent source—3200 K. So a corrective warming filter is required. A practical hint: Use what amounts to 3/4 CTO for arc sources, a combination of 1/2 plus 1/4 CTO. You will not hit it on the head. Your correction will be imperfect, about +10 percent in blue corresponding to an illuminant of about 3400 K.

Stop there, because any further correction—say, more orange—does little but decrease the output with no real improvement in color rendition (because of the discontinuous nature of the arc's spectrum). Plus, blue is more acceptable than some strange orange/green result that occurs with overcorrection. Also, with the 3/4 CTO correction, be prepared to lose at least 40 percent, nearly one stop of intensity. Bear in mind that the positioning of the arc within the lamp's reflector requires patience and artful technique to reach the proper compromise between evenness of beam and intensity. Life is not easy.

It is also my recommendation that the zoom mechanism be continuous on your follow spot. The idea is that you would set the intensity that you desire at the shortest throw distance with the zoom control, leaving the iris and the douser wide open. (The assumption is that you have reached a compromise between field flatness and output… the black art I referred to above). A typical value for this exposure level might be 50 foot candles.

Now set the beam size with iris only; let's say it might be a loose head-to-toe. If the zoom mechanism has been designed properly, as your subject moves upstage and away from you—and you maintain the initial spot size with a one-handle zoom control—the intensity will remain the same. This feature is most important in productions that have large up-and-down stage movement. An ice show immediately comes to mind.

There may be occasions in which you would like to soften the follow spot's sharp edges. The technique of applying oil to a clear gel has been universally replaced with the usage of Rosco's Hamburg Frost (119). You may have to find a closer zoom/iris position to compensate for a slight loss in output.

Because of space limitations we will have to end at this point, saving the further intricacies of the use of follow spots in television for a future discussion. Your homework assignment is how to control intensity when your spots overlap. Good luck!