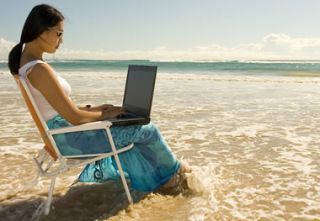 In an effort to spur competition among broadband providers, the FCC is planning to test mobile broadband speeds across the United States and provide consumers with detailed information on the results.

The initiative is an extension of the National Broadband Plan, which continues to gather data on national fixed broadband speeds. The FCC said the tests will give the public comparisons and analyses in order to help them make better decisions on plans.

Perhaps, more importantly, the tests will also promote competition between mobile service providers. The official data will stand beside dozens of unofficial tests of 3G and 4G speeds.

The commission released its second report on fixed broadband in August, but it says it plans to build on that data with the new tests. The government agency has already gathered support for the program from major wireless carriers and the CTIA, and it will begin with a meeting on Sept. 21 to gather input from stakeholders in the tests.

At the open meeting, staff from the FCC’s Office of Engineering and Technology and the Consumer and Government Affairs Bureau will discuss with interested parties the technical methods for performance testing of mobile broadband Internet service, methodological approaches to remotely acquiring and analyzing such data, and other methodological considerations for the testing of mobile broadband performance.