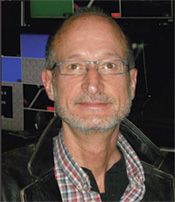 JOHNSTON, IOWA—Over the last decade I have shared many experiences, both good and bad with the readers of TV Technology. about IPTV's transition to digital. A great deal of our earliest experiences in dealing with the transition were not related to the transmission technology but rather to the electronic field production arena. In 1998, long before IPTV could broadcast a digital signal, we began experimenting with digital EFP and were producing high definition productions on a regular basis by 2001.

I sat down for lunch with IPTV Senior Producer/Director Duane Huey for a discussion about how the transition has impacted his work. Duane's tenure at IPTV exceeds mine by many years and his earliest productions were shot on 16mm film so he has seen more than his share of change. Our discussion was pretty wide ranging but I started by asking Duane what he liked and didn't like about producing content digitally.

He framed his initial response with the statement that he loves digital nonlinear editing. The flexibility that it gives him in creating a program is a huge advantage. Being able to make changes as the ideas occur with little or no inconvenience or effort makes for a great creative experience. Most of the creative people I know are not prone to linear thinking. They see the parade of ideas from the blimp above the route and zoom in to specific areas to work rather than sit at a fixed point on the route and watch the ideas go by.

In the linear editing environment this was enough of a challenge that it was not uncommon for good ideas to be untried or forgotten because of the hassles of re-editing a linear piece. Duane points out that there is a downside to this infinite flexibility in that it requires discipline to stop trying things and finish the program. At some point the show must go on.

One thing that Duane mentioned that he would like to see is "reasonable standards." Since I have been involved with some standards work, I wanted to understand what he meant.

He talked about the wide variety of formats and resolutions that are available and how selecting one over another was very difficult since in many cases there were no "perceivable differences in the end result." He feels that he is placed in a position of making choices for which he has no real level of comfort regarding the differences and the potential impact they may have. The ramification of the choices being made are not readily apparent until there is trouble. The most common problem is when content is created on one standards-based system and then sent to another standards-based system only to not work because the flexibility within the standard and the choices made by the end users have disrupted the interoperability of the systems. From the discussion it seemed to me that Duane's "reasonable standards" are really recommended practices.

Based on all of the years he has worked in producing content, it is safe to say that Duane had mastered the tools he was using in the analog world. Given the rapid change and wide variety I asked him if he ever thought that he or anyone could master digital. Duane believes it is possible but thinks it is a ways off. Part of the mastery will be through the process of "natural selection" that takes place within the digital ecosystem as new ideas and processes are brought to light and then either die out from disinterest or are incorporated in to the environment. According to Duane, right now the processes are "piece meal" with specialized components or plug-ins doing specific tasks. While that works, it is not uncommon for a change in one of the components to ripple through and disrupt the functionality of the system. Since Duane and I have talked on many occasions he noted that this is the same as the problems I have discussed in our on-air environment where a change in one system has shut down or disrupted our broadcast service.

As we finished our lunch and drank a cup of coffee we did a little "pie in the sky" thinking about what the ultimate solutions might be. Duane envisions that systems will eventually have the artificial intelligence necessary to understand the environment they work in and as new components are added or modified, the systems will negotiate with each component and pull from the web or the cloud, the updates and modifications necessary to maintain the overall system functionality. That would seem to be a pretty ambitious ideal but in a world where virtually everything from toasters to electric power plants are going to be communicating with each other, it may actually happen within the next 4 or 5 digital generations... that would be 6 or 7 people years.

Bill Hayes is director of engineering for Iowa Public Television.