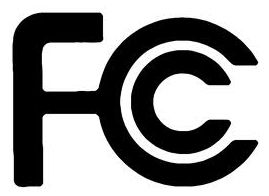 Some 19 million people in the United States lack access to terrestrial fixed broadband service, but both the public and private sectors have taken “significant and substantial steps” to hasten deployment and adoption over the past year, according to a new FCC report.

The Federal Communications Commission Aug. 21 released its “Eighth Broadband Progress Report” on the state of broadband deployment. The report found that about one-quarter of rural population, or 14.5 million people, do not have access to broadband service, and about 100 million Americans do not subscribe. In tribal areas, about one-third lacks access to broadband. The report sets a speed benchmark of 4Mb/s download and 1Mb/s upload speeds as the minimum speed to be considered broadband.

The commission’s findings, however, are far from gloomy. The report points out that regulatory changes by the commission, as well as other federal, state and local government agencies are laying the groundwork for greater progress. Changes to the commission’s universal service program have put in place the framework needed for a comprehensive overhaul to deliver broadband to millions. Further, the transformation of the program has “set the country on a path to universal availability of fixed and mobile communication networks capable of providing voice and broadband services … within a decade,” the report said.

A number of carriers already have committed to using more than $110 million from the government’s Connect America Fund to deploy broadband in unserved areas in 37 states, the report noted. Another example is the upcoming auction by the Wireless Telecommunications Bureau that will provide support to carriers that commit to providing 3G or better mobile voice and broadband service along unserved roads.

The report also acknowledges the significant contribution of the private sector to broadband deployment. Wireless and wireline broadband providers have invested “tens of billions of dollars annually in networks that make broadband possible,” it said, adding that since 1996 they together have spent more than $1 trillion on broadband.

“This year’s report reflects the huge strides that both the private and public sector have made to extend broadband, while also explainingthat there’s more work to do,” said FCC chairman Julius Genachowski in a statement released with the report.

The FCC concurrently released a Notice of Inquiry on the progress of broadband. The NOI seeks comment on how the FCC should define “advanced telecommunications capability” and whether it should establish separate benchmarks for fixed and mobile service.

The notice seeks comments on a variety of related topics, such as: