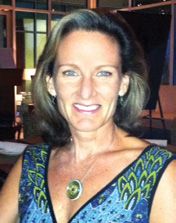 Let’s see what’s on daytime TV in a small market. The $100-plus cable package includes dated movies, histrionic pundits, weather, shopping, assorted sitcom marathons and the members of ZZ Top hunting alligators. If cable companies are being bled dry by networks, I wonder why.

I see 600 channels of direct-buy and local advertising interspersed with reality and recycled programming. With 110,000 cable homes paying, say, $60, the cable provider is making $6.6 million a month in subscriber fees only. Based on industry data, advertising brings in about 30 percent of total revenues, which would make this nearly a $10 million market. Published figures suggests content costs around a third of that, which admittedly seems steep. Cable’s response is to lobby the smithereens out of the FCC and Congress for price regulation.

There are a couple of pitfalls in doing so. First, without programming, cable is nothing. Broadband, maybe, but phone service? Skype. People buy cable for TV shows.

The second problem is that it highlights the obsolescence of the business model. While industry lobbyists rend their garments in D.C. over program fees, I’ll be dropping this cable package because I won’t pay for 590 channels I don’t watch. I’m sure I’m not alone. Certainly short of a la carte, providers could offer a greater variety of smaller tiers for less. That might mean a flat quarter or two, however, and that’s intolerable in today’s markets. So cable will cling to its overbloated program packages even as it chases subscribers to satellite and the Internet.

By then, option-endowed chief executives and institutional investors will have sucked as much value as they possibly can out of the industry and leave it heaving as DirecDish and Comcasterizon duke out what’s left of pay TV provision. The rate regulation argument is just a screen for wringing as much money out of subscribers for as long as possible.