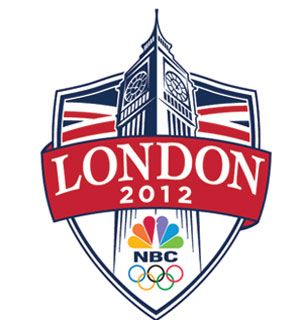 Fast, efficient and agile. Those three words were surely part of virtually every athlete’s mantra at the 2012 Summer Olympic Games in London, July 27 – Aug. 12. They could also be used to describe the strategy of broadcasters and production companies around the world — including NBC Olympics in the U.S. — for capturing, sharing, transmitting and streaming live and prerecorded HD (and some 3-D) images and getting them in front of viewers wherever they may be.

NBC Sports, the U.S. rights holder for the London Games, presented more than 100 channels across its platforms.

In addition to traditional broadcasters, this year’s Games saw live and recorded coverage streamed online from Yahoo!, AOL and Google to cell phones and other portable devices from telcos AT&T, Verizon and other international mobile video services.

David Mazza, senior vice president, engineering for NBC Olympics, a division of the NBC Sports Group, said after more than two decades of Olympics coverage, his team knows how to stay fast, efficient and agile.

“Every Olympics, we get better at this in terms of acquiring and producing content, and presenting it to viewers in ways they want to watch it,” Mazza said. “Although the distribution platforms have increased exponentially, the ways in which we prepare packages for these platforms has not changed that much. Efficiency in how we do everything is the key.”

The “Highlight Factory,” which was responsible for creating highlights content presented across the Web, cable set-top boxes and mobile devices, used Sony’s Media Backbone, an SOA-type workflow platform designed to streamline production by leveraging metadata associated with each clip.

All content captured at the venues was edited at the International Broadcast Centre (IBC) at the northwest corner of the Olympic Park in London. Then, it was transmitted to the 30 Rockefeller Plaza and Universal Cable Network facilities — where commercials and graphics were added, and programming was distributed as required. Both of these NBC facilities used their previously installed bases of more than two dozen Grass Valley Trinix routing switchers and Encore control systems to make it happen. In addition, both facilities had large, installed bases of older Grass Valley Profile, and the latest-generation K2 Summit servers that record, store and distribute the Olympic content. These installations included extensive use of the Grass Valley Time Delay Application, installed on the K2 Summit servers, to target delivery to different time zones across the U.S.

Making sense of it all

Making sense of the literally thousands of audio and video assets coming out of London to support an increased amount of TV, Web and mobile video platforms is an enormous task. NBC Olympics planned to cover every sport and every single competition — which was being streamed live online or telecast by NBC and its affiliated cable networks in the U.S. (This began with the Great Britain vs. New Zealand women’s soccer game on July 25, two days before the opening ceremony.) In total, the network televised more than 5500 hours of the 2012 Olympics, with 272 hours on the main NBC channel alone. That’s almost 2000 hours more than it offered U.S. viewers of the 2008 Beijing Olympics.

Coverage was provided across NBC, NBC Sports Network, MSNBC, CNBC, Bravo, Telemundo, NBCOlympics.com, two specialty channels and the network’s first-ever 3-D coverage via Comcast Cable, DirecTV and other outlets. NBC passed through a 3-D feed from the host broadcaster, Olympics Broadcast Services (OBS), and rebranded it. Fans who wanted to see streams online had to verify that they were paying cable or satellite subscribers. While most live streams were archived, reruns of high-profile events to be shown on the network were not available until after the West Coast broadcast.

Hundreds of broadcasters edited and redistributed Olympics content inside the International Broadcast Centre.

Since its acquisition by Comcast, NBC Universal renamed the Versus cable channel the NBC Sports Network. There, it presented much of the Olympics programming that, in recent games, was seen on USA Network. The NBC Sports Network showed an average 14 hours of content per day, focusing on team sports like U.S. men’s basketball and gymnastics.

An international organization set up for the Games, The Olympic Broadcasting Services London, produced more than 200 hours of 3-D coverage, including the Opening and Closing Ceremonies, gymnastics, diving, swimming and more. It was the first time the Games were distributed in the U.S. in 3-D. (Limited 3-D coverage was used overseas during the Beijing Games.) The BBC broadcast the Opening and Closing ceremonies as well as the men’s 100m Final in 3-D, and made it available free to viewers in the UK with compatible television sets. Grass Valley LDK series HD cameras and servers helped bring these stereoscopic images home.

Panasonic supplied its AG-3DP1 shoulder-mount 3-D camcorder and 3-D monitors (including the 3DL2550 and 910) to produce the first HD 3-D live broadcast in Olympic history.

A number of innovative and spectrally efficient approaches, including the use of latest compression algorithms (such as JPEG 2000, H.264 and H.265), made more bandwidth available to broadcasters than at any prior Olympics. Ericsson, Harmonic, and others provided the encoders, decoders and multiplexers necessary to get more data through the pipeline and make it all work.

MOG Technologies supplied its centralized ingest solutions to NBC Olympics, which used the company’s mxfSPEEDRAIL F1000 ingest system to conform the captured clips from Sony XDCAM stations, and deliver the output to dozens of multi-platform distribution servers. The F1000 also enabled the handling of growing files, saving time for editors when sending EDLs for conform, merging sub-clips from several LongGOP sources. In addition, the mxfSPEEDRAIL S1000 SDI recorder was used to capture simultaneously to an Avid Interplay and ISIS storage system and Harmonic MediaGrid, allowing files to be immediately available in the editing suite (both onsite in London and back home in the U.S.).

London’s IBC was located inside the London Olympic Park, just outside London. From there, hundreds of broadcasters established a home base from which to edit and redistribute content. All images were handled in the 1080/50i HD format. The 3-D coverage was transmitted as two 1080i signals to make a stereoscopic image in viewers’ homes (with compatible TV sets and glasses).

Panasonic’s DVCPRO HD was once again chosen as the official recording format for capturing the London Games. These Games marked the 10th event (counting both Summer and Winter Games) since Barcelona in 1992 that a Panasonic format has so been designated. This year, Panasonic said, various broadcast outlets used more than 1000 of its cameras, more than 300 recorders and more than 100 professional monitors.

Sony Electronics provided a range of HD broadcast and production technologies for the NBC Sports Group, including: HD studio and portable cameras, switchers, OLED monitors, decks, microphones and workflow management systems. Cameras included the latest HDC-2400 and HDC-2500 models for field and studio productions at the IBC in London, with content fed to Sony XDS-PD1000XDCAM stations and PDW-F1600 XDCAM decks.

About 30 XDCAM PDW-F800 cameras were used primarily for ENG use, complemented by 10 portable PMW-EX3 XDCAM EX camcorders for capturing pre-Games interviews and press conferences as well as other activities. Also, Sony’s MVS-7000X and MCS-8M production switchers handled feeds between the IBC and various athletic venues.

Digital audio was captured and broadcast in 5.1 surround sound and stereo, depending upon the country. Owing to new efficiencies, this year’s Games employed eight audio control rooms, down from the 17 built for the Beijing Games, because more all-digital OB vans were available on site.

Audio was also a major part of these Olympics, and companies like Linear Acoustic, TSL Professional Products, Wohler Technologies and others provided their respective equipment to various broadcasters. TSL supplied the BBC with more than 40 of its PAM2 multichannel audio monitoring units for use within the IBC. Linear Acoustic supplied dozens of similar-capability units to NBC Olympics, both in London and the U.S.

For broadcasters and photographers alike, Anton/Bauer sent hundreds of its Dionic HC and Dionic HCX batteries to London. The company, which said it supplied equipment for the 20th year, has also supplied its biggest capacity chargers, the TM4 and DUAL 2722 models.

In addition to gear, most equipment vendors established onsite service centers, where customers could see company representatives stationed in and around the IBC — supplying broadcasters with 24/7 access to products, repair, service and support, as well as on the ground.

“We’re more efficient now and can do more things than we ever could before,” Mazza said. “But, some things never change. The basic video production and transmission principles are still in place, but everything is handled as a digital file.

“The Olympics is still a huge undertaking, but we’ve gotten really good at making it happen, both financially and technologically.”

Of note: The NBC network paid $1.18 billion for the rights to telecast the Olympics, and had roughly 2700 people on site. The Olympics under NBC made money until 2010, when the Vancouver Winter Games lost an estimated $223 million. London is expected to lose more than that.