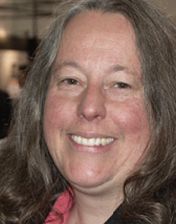 Mary Gruszka The CALM Act is a reality. So how do you go about implementing the necessary systems to ensure compliance?

Starzynski should know, and not only through his work with the ATSC. For the past few years, he has been architecting and—with the help of numerous NBCU engineering and operational teams— implementing the various systems and workflows throughout NBC Universal to accurately measure loudness and make corrections when necessary.

Starzynski shared some examples and offered advice to help those networks, groups and stations just starting to come to grips with this issue.

Fig. 1: Content is delivered and played out at NBCU's standard target loudness or is loudness-normalized using automated workflows with file-based scaling or targeted processing. All achieve 24 LKFS and yield smooth loudness transitions between all types of content. First, it’s important to have a good plan. Establish a company loudness standard. This is the average loudness for all mixed, delivered and ingested content, also referred to as a loudness target value. A station may wish to conform to the loudness standard of its affiliated network or networks, or develop its own standard target value. Either method will work as long as the golden rule is applied, Starzynski said. Average loudness must equal dialnorm.

In the first case, dialnorm metadata management becomes much simpler, as only a single value of dialnorm has to be sent to or entered in the AC-3 audio encoder for transmission for all content.

If the local standard target value is different, the station must be able to switch the correct dialnorm value (local or network) for the AC-3 encoder. This adds more complexity to systems design and implementation.

According to ATSC A/85 “ATSC Recommended Practice: Techniques for Establishing and Maintaining Audio Loudness for Digital Television,” LKFS means “loudness, K-weighted, relative to full scale, measured with equipment that implements the algorithm specified by ITU-R BS.1770.”

“A unit of LKFS is the same size as a decibel, but is acquired with specific filtering that models the human hearing system,” Starzynski said.

A –24 LKFS is also the target loudness value that A/85 recommends “for delivery or exchange of content without metadata (and where there is no prior arrangement by the parties regarding loudness).”

A HIERARCHY OF SOLUTIONS

Jim Starzynski Analyze where content comes from and in what form.

ATSC document A/85 provides a hierarchy of solutions. In addition, its quick reference guides describe how to measure loudness for different scenarios, and how loudness levels can be corrected. (www.atsc.org)

First on the hierarchical ladder: require content providers to deliver content that meets the company standard target value, and if it doesn’t, ask for corrections.

NBC Universal has issued technical specifications, including loudness that it requires content providers to adhere to. These are openly available on the Internet (nbcuni.force.com/commops). The loudness spec is based on A/85 recommendations for obtaining loudness measurements for both long- and short-form content.

In particular, NBC requires that longform content program providers deliver an average of “–24 LKFS (±2 dB) dialog loudness, not whispered or shouted, for the soundtrack” by using an ITU-R. BS.1770-based broadcast loudness meter. This average value must be consistent for all acts of the program.

For short-form content such as commercials, the loudness measurement must be taken using all soundtrack elements, not just dialog, with all deliverables providing the required average of –24 LKFS.

In either case, “minor variation of ±2 dB about the –24 LKFS loudness average is anticipated and acceptable,” according to the spec.

Primetime episodic programs are ingested and reviewed in Edit 10 of NBC’s West Coast facility. If it doesn’t meet NBC’s criteria, the specific problem is discussed with the supplier and a replacement is requested. Starzynski said this long-form programming is currently checked by a person who isolates dialog in the show and measures its average loudness. In the future this process may become automated.

If short-form content is not delivered to spec, then it’s vital to establish procedures to fix the loudness level of the content.

Fig. 2: In addition to use of a loudness specification for deliverables and file-based scaling, loudness management for all content for NBC cable is ensured by use of real-time processing as documented in A/85. One method is to scale the content to the company standard target loudness, which is relatively easy to implement in a transcoder for file-based content. NBC Universal applies this approach for the NBC Television Network (Fig. 1), and all NBCU cable properties at its Network Operations Center (NOC) in Englewood Cliffs, N.J., (Fig. 2).

File-based inbound short-form content made up of commercials, promos, political ads and PSAs (accounting for about 85 percent of the total) from commercial aggregators and content providers including in-house, are run through a serverbased transcoder to convert files from MPEG-2 to GFX-wrapped MPEG-2 used by the networks.

At the same time, “the transcoder takes the original, delivered short-form file and does an ITU-R.BS.1770 global [all elements of the soundtrack, not just dialog)] measurement of it head to toe, and compares it to the target value of –24 LKFS,” Starzynski said. “This is an automated process. The transcoder determines the loudness difference and applies an offset to match the target. It’s a one-time volume shift done in a linear fashion and doesn’t affect dynamic range or quality.”

Linear tape-based content is handled in a different manner for NBC’s ownedand- operated stations. For this scenario, real-time target-based processing is used at NBC Universal’s television station hub in Atlanta.

The hub is the nucleus for shared content among the 10 NBC O&Os and 15 Telemundo O&Os. Commercials and syndicated programs for all the O&O stations arrive and are managed at the hub, which functions as a remote master control. Once ingested and managed for loudness, the hub provides all station short- and long-form content that is not locally originated.

Taped-based content is digitized and the loudness is normalized to the company standard of –24 LKFS. To do so in real time, a processor applies dynamic range control to achieve the target loudness level. While file-based scaling is transparent, real-time target processing isn’t. “It does alter the original content to some degree,” Starzynski said. “It changes the dynamic range, but the result is very, very good.”

In addition, all content for each NBC Universal cable channel goes through a real-time target-based processor in the channel chain.

“In some cases it’s superfluous,” Starzynski said. Commercials are normalized as they come in, but other long-form program material, especially from the archive, isn’t yet, so a processor in the chain, just prior to AC-3 encoding at the Englewood Cliffs NOC, is used to manage that material.

Regardless of the workflow scenario, Starzynski said that the end result in each case creates an even playing field for all suppliers using the practices in ATSC A/85 and by doing so, meets station and MVPD compliance with the CALM Act.