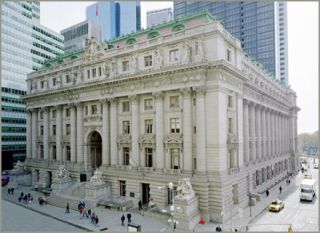 NEW YORK: Young Broadcasting is officially a private company. It’s now in the hands of investors who were formerly Young’s senior lenders. They purchased Young’s assets for $220 million in a Chapter 11 reorganization that wiped $800 million in debt off of the books.

“New Young Broadcasting is emerging from bankruptcy as the most financially sound company in television broadcasting,” the company said in an announcement, though it remains unclear that it actually emerged.

New Young Broadcasting owns 10 TV stations and a national rep firm, Adam Young Inc. At least seven of those stations will now be run by Gray Television of Atlanta, tapped last summer by the courts to operate the Young TV stations for $2.2 million a year. Gray’s been collecting management fees, even though its operational participation was held up as Young creditors duked it out over the reorg plan.

In April, Judge Arthur J. Gonzalez of the U.S. Bankruptcy Court for the Southern District of New York approved a plan put forth by the senior lenders. Their plan provided secured lenders full recovery of their $338 million in claims, while unsecured creditors would receive a pro rata share of $1 million. This didn’t set well with unsecured creditors, who had submitted an alternative plan giving them 10 percent pro rata of common stock while holding the $338 million for maturity in 2012.

Judge Gonzalez rejected the alternative plan as well as a subsequent plea from the unsecured creditors to attempt another asset sale. An auction scheduled last summer was cancelled after it became clear that no bids would exceed the $220 million offered by senior lenders.

Young’s purchase of KRON was a drag on the company. Young bought the station in 1999 for $823 million--the most ever paid for a TV station. An NBC affiliate at the time, the network soon pulled its programming and bought its own station in the market. KRON suffered “severe cash-flow losses,” as a result, the court said. Attempts to sell the station were unsuccessful.
-- Deborah D. McAdams
See...
May 11, 2010: “Judge Reaffirms Young Broadcasting Reorganization Plan”
The judge handling the Young Broadcasting bankruptcy case rejected a plea from unsecured creditors to halt the company’s reorganization.

July 15, 2009: “Lenders to Take Over Young TV Stations”
Senior lenders will take over the 10 TV stations in the Young Broadcasting bankruptcy,

March 4, 2009: “Young Files for Chapter 11”
“It is important to note that we are restructuring our debt, not our operations,” said Vincent Young, YBTVA chairman.