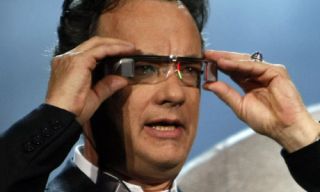 LONDON: Brits who own a high-definition television set are more than twice as likely to buy a 3D television within the next year as those without an HD set. So indicates a survey of 700 U.K. consumers from Strategy Analytics. Strategy says the findings challenge “the commonly held assumption that people who have already bought an HDTV are not likely to upgrade to a new 3DTV set any time soon.”

However, just 13 percent of HDTV owners said they were “somewhat likely” or “very likely” to buy a 3DTV set in the coming twelve months. That’s not a gang-busting quantity, but just six percent of non-HD owners expressed the same level of interest in buying a 3DTV in the next year.

Strategy Analysts interpreted the gap to be a positive sign for manufacturers betting on the success of 3DTV.

“HDTV ownership is clearly no barrier to 3DTV adoption,” said David Mercer, a principal analyst at Strategy Analytics. “In fact, as usual, it is the same early adopters who have already bought an HDTV who are most likely to be the first to buy 3DTVs.”

The survey examined consumer awareness, experience and buying intentions in many aspects of 3D cinema and in-home viewing. More than half of respondents said they’d seen at least one 3D movie at a theater. More than 90 percent of those under 20 had seen one.

Strategy said it would formally unveil details from its survey at the IBC convention in Amsterdam, Sept. 22, during a presentation by Brian Lenz, director of product development for BSkyB.
-- Deborah D. McAdams