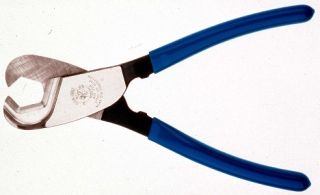 MONTEREY, CALIF.: The exodus from pay TV continues. SNL Kagan found that U.S. multichannel video subscriptions fell for the second quarter in a row. Cable, satellite and telcoTV providers collectively lost 119,000 customers during the third quarter. The decline compares to a gain of 346,000 customers a year ago, following the digital television transition.

Kagan said it estimated that cable operators lost 741,000 basic subscribers in the third quarter of 2010, “marking the single largest quarterly dip for cable since SNL Kagan began compiling data for the segment in 1980.” Cable’s share of multichannel subscribers slipped to 60.3 percent versus 62.9 percent a year ago.

The direct-broadcast satellite industry, which added 145,000 subscribers in the third quarter, is expanding its market share slightly, up less than 1 percent over the past year to 33.2 percent.

Kagan said the pay TV market declined for the first time in history when it lost 216,000 customers in the second quarter of 2010. In the past two quarters combined, the segment has fallen 2.3 percent to just more than 100 million subscriptions, not eliminating overlap of duplicate subscriptions.

“Operators are pointing to a continuation of the forces that pushed subscriber gains into negative territory in the second quarter, including the weak economy, high unemployment and elevated churn of former over-the-air households,” said Ian Olgeirson, senior analyst at SNL Kagan. “However, it is becoming increasingly difficult to dismiss the impact of over-the-top [Internet] substitution on video subscriber performance, particularly after seeing declines during the period of the year that tends to produce the largest subscriber gains due to seasonal shifts back to television viewing and subscription packages.”
-- Deborah D. McAdams