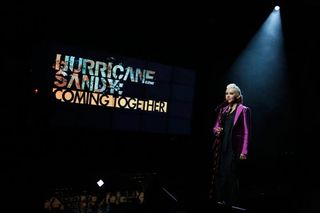 NEW YORK– The American Red Cross and NBCUniversal said that “Hurricane Sandy: Coming Together,” a live, one-hour benefit telethon, generated nearly $23 million in support of victims impacted by Hurricane Sandy. NBCUniversal said that a record number of individual donations by phone, text and online were accepted by the American Red Cross between 8 p.m. and midnight on Friday, Nov. 2. The media organization said the volume of website and phone traffic exceeded Red Cross benefit telethons throughout the last five years.

“We are incredibly grateful and humbled by this outpouring of support for those who are suffering as a result of Superstorm Sandy,” said American Red Cross Chief Marketing Officer Peggy Dyer. “Our preliminary results of nearly $23 million raised are an extraordinary example of how the American people pull together in times of disaster.”

The telethon’s content was available online through the weekend across NBCUniversal digital properties. Comcast cable markets also offered the telethon on Xfinity On Demand throughout the weekend. The telethon remained available on-demand from over cable, satellite and telco operators, including AT&T, Cox Communications, DirecTV, Time Warner Cable and Verizon FiOS.